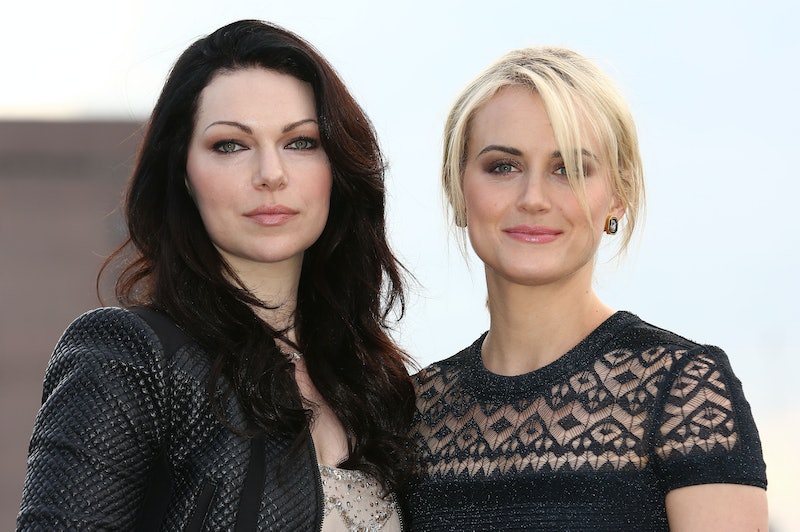 The Twitter accounts for Netflix originals are frequent sources of memes and joy — but sometimes they break news about themselves, too. On October 17, it was announced that Orange Is The New Black Season 7 will be the series' last in a heartfelt video posted to the show's Twitter account. The video confirms that the final season will air in 2019. Sob.

The minute-long video features messages from the majority of the show's stars, including Taylor Schilling, Laura Prepon, Uzo Aduba, Dascha Polanco, Selenis Levya and Kate Mulgrew. Some appear to be in costume and on set, while others are clearly not at work, which makes for an unintentionally hilarious comparison. They all thank the fans for the years of support, and seem psyched about the content of Season 7.

Deadline pointed out that Orange Is The New Black is a groundbreaking series in more than one way. They noted that the hour-long "dramedy" was "the first series to score Emmy nominations in both comedy and drama categories". In addition to that, Deadline stated,

It's also based on the memoir Orange Is The New Black: My Year In A Women's Prison, which was released just three years before the show premiered. It would also go on to be the most-watched show on Netflix.

The Twitter account that broke the news Wednesday afternoon kept engaging with fans after the announcement. Fans reacted immediately, posting GIFs and clips of the show in response, and it's just so obvious how many people this series touched. It's diverse, funny, painful, poignant, and unflinching, and the rare series that offers an intimate, heartfelt look at the prison industrial complex in America. It showcases LGBTQA+ relationships, explores power imbalances, and examines class and privilege — particularly as they pertain to race today. Suffice to say, there's never been anything quite like Orange Is The New Black. It's going to be missed so much.

As of now, there's no official release date for Orange Is The New Black Season 7. The video announcement does say 2019, but that could mean anything! Anything at all. Not that two prestige dramas have to compete, but Game of Thrones Season 8 is premiering "sometime in 2019" as well. Do fans have to wait until then for everything?

Without giving away spoilers for those still a little behind on the series, know that the intense emotional journeys of Season 6 have set up some spectacular opportunities for Orange Is The New Black Season 7. Knowing that it's the last ever episodes will surely make them all the more important to fans. Right now, the most fans can do is keep an eye on the series' official Twitter account. You can never be sure what they'll announce next, but hopefully — at the very least! — it will be a Season 7 release date.