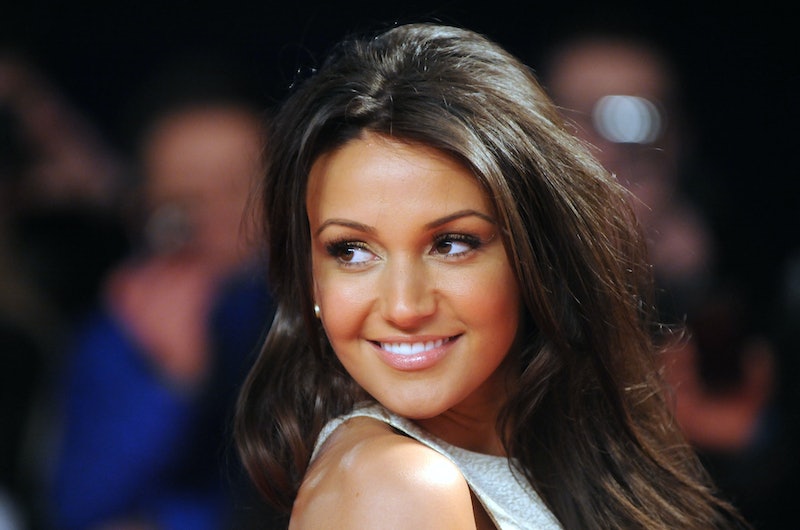 Michelle Keegan literally saved a person's life after a woman collapsed in the restaurant where the former Corrie actress was dining. Keegan is the star of BBC's Our Girl, a military drama that sees a woman joining the British Army as a medic, and it is clear that she picked up a thing or two from playing the role of a field doctor, as those are just the skills she drew on when a nearby diner lost consciousness. In fact, Michelle Keegan's Our Girl training was exactly what was needed, as she quickly deployed her first-aid knowledge, some of which she learned on the set of the show, to save the day.

Keegan plays Georgie Lane, a young doctor on her first deployment as a serving army medic. Through her job, she experiences some extremely high pressure situations in the British Army as they withdraw troops from Afghanistan. In subsequent series she has been deployed to other dangerous situations — most recently Nepal and next, Nigeria — and throughout it all, Lane remains fast-acting and incredibly perceptive, working around the clock to save lives. And as it turns out, Keegan isn't all that different from her character. Thanks to some key first-aid techniques, Keegan was able to make shrewd decisions in the nick of time and revive the collapsed woman.

While dining out, Keegan rushed to the aid of a woman who according to the Mirror, had choked on her food and collapsed face first onto the table. Without any time to spare, the Our Girl actor was at the woman's side and took control of the situation, much to the shock of woman's "horrified" husband. Keegan was quickly shouting commands (just like Georgie would) and ordered a waiter to bring some Coke for the woman, with the intention of reviving her by raising her blood sugars. Thanks to her poised and composed approach, the actor was able to stop the woman from choking and ensure she regained consciousness.

Speaking to the Daily Star after the miraculous incident, Keegan said that after the waiter had brought over the fizzy drink and a straw, she had to act quickly as wasting any time could put the woman in danger. But thankfully she knew just what to do and spotted a hazard immediately. Keegan said she "knew it was quite dangerous because [the liquid] could get trapped in her throat." Much like her on-screen counterpart would have done, she without hesitation discarded "the straw and put [the drink] in a glass" which was exactly what the woman needed. Keegan added that thanks to her fast-acting, the unfortunate woman "started sipping it and came around slowly.”

Keegan praised the experience she gained on the set of Our Girl, saying that before she took on this role she is not so sure she would have been as confident in knowing what to do in an emergency situation like this. "I would have gone into a panic state," she said to the Daily Star, adding that "I think the training that I had gave me confidence."

Our Girl, which the BBC have recently confirmed will be back on our TV screens on June 5, showcases a seriously impressive performance by Keegan, with her character Georgie dealing with intense military situations and complicated interpersonal problems. The character is a testament to the young actor's skills and is to date the most compelling role Keegan has played, showing that the former Coronation Street star has so much talent still to show.

Thanks to Keegan's (and perhaps Georgie's) first-aid know-how and quick response the unlucky woman at the restaurant recovered and an even more serious emergency was averted.