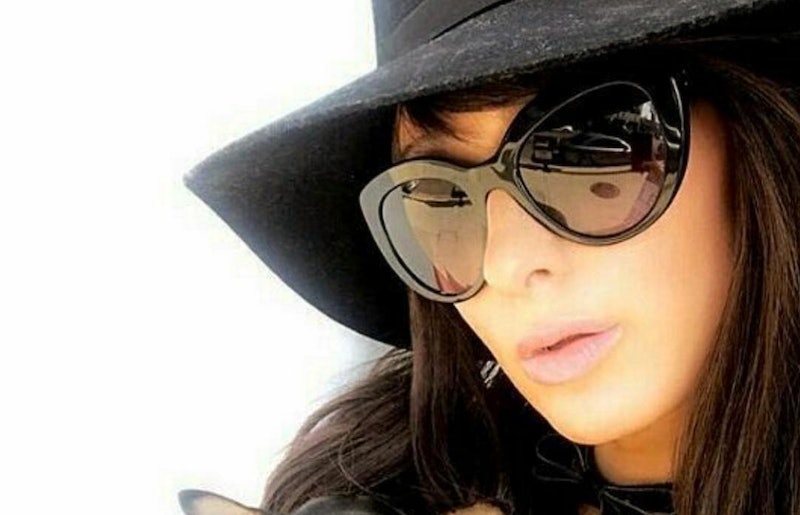 It's happening: The things we loved and cherished about the early 2000s are fading away right before our eyes. Scratch that — in this case, they're literally getting darker (which has pretty much been the theme of the past year, come to think of it). In an unanticipated move, Paris Hilton dyed her hair brown, ditching the iconic blonde we know and love for a chocolate shade. And sure, it looks fantastic, but is nothing sacred?

For better or for worse, Hilton embodied the platinum blonde stereotype for years. From starring on My New BFF to being a tiny dog mom to bossing Kim Kardashian around, Hilton's hair was a critical part of her public persona — and even though we know now that being blonde doesn't make someone dumb/high-maintenance/[insert unfair misconception here], she owned that hair with the ultimate DGAF attitude. The Simple Life really was simpler times, and if there was one thing we thought could rely on forever, it was Paris Hilton being blonde. Not so.

While I'm mourning the metaphorical demise of the early 2000s, though, I suppose I can appreciate her new look. And after all, it might not be forever — while she posted several brunette photos in a row on Insta, she's also posted some throwbacks with blonde hair, so it's not entirely unlikely that she'll get back to blonde eventually. I guess even Paris Hilton needs to switch it up sometimes.

Because no Paris Hilton selfie is perfect without a tiny pupper.

Pour one out for blonde Paris.

Also, apparently it's been 11 years since "Stars Are Blind" and I'm not OK.