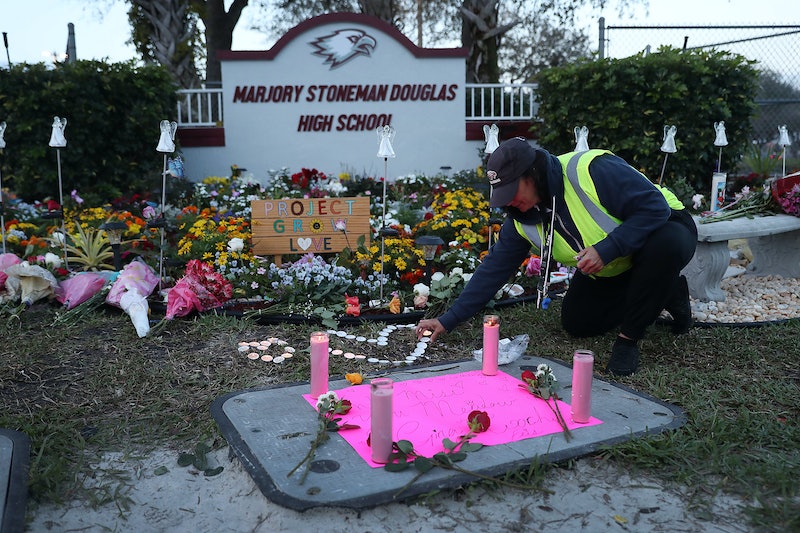 Thursday marks the one-year anniversary of the shooting at Marjory Stoneman Douglas High School in Parkland, Florida. Last February, a gunman killed 17 people in Parkland, setting off a renewed effort to combat gun violence across the country. On the shooting's first anniversary, Parkland students and families are largely mourning privately, the Associated Press reported, though some of them have taken to Twitter to honor their friends and demand change.

According to NPR, several events were scheduled in Parkland to commemorate the shooting's anniversary. Marjory Stoneman Douglas had a nonacademic half day, and some of the school's students and staff reportedly participated in a day of service organized by the Broward County School Board. The organizers of the anti-gun violence March for Our Lives, meanwhile, told NPR that they would take some time to grieve during the anniversary, and perhaps spend some time away from social media.

Not all of the Parkland survivors and families went dark on Twitter, however. Manuel Oliver — the father of Joaquin "Guac" Oliver, one of the students killed in Parkland last year — held a press conference about his art to pay tribute to his son, while several Parkland survivors shared how they were feeling on the anniversary and honored their classmates.