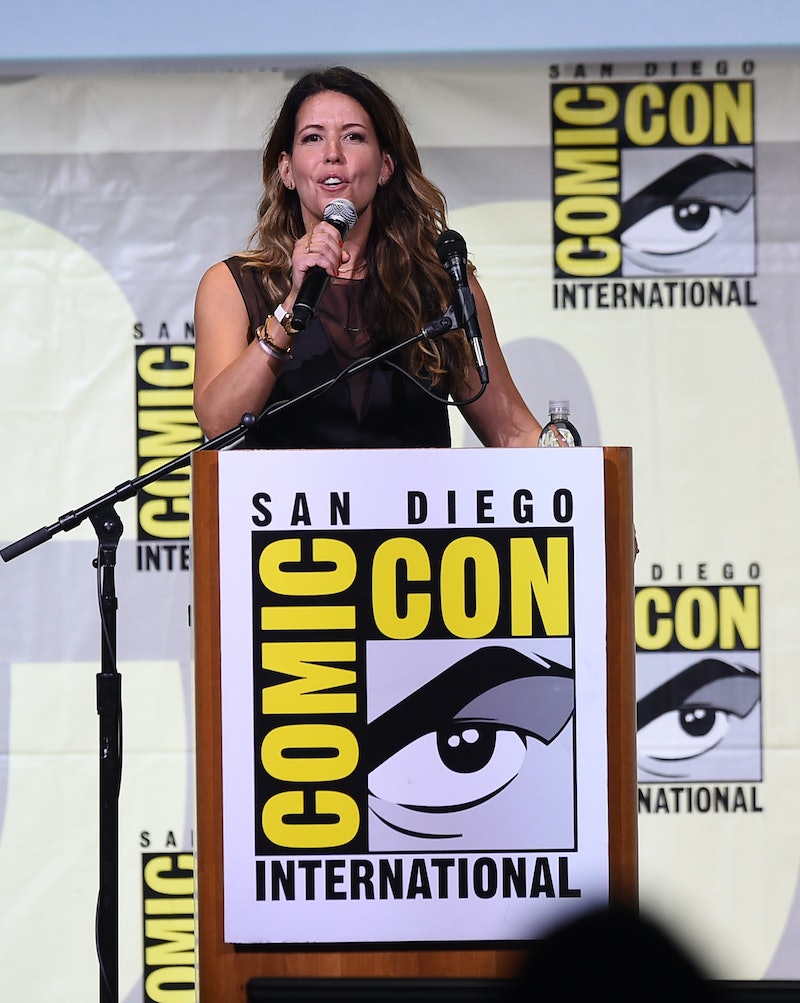 Ask a Wonder Woman fan why they love her and you'll probably hear that her compassion, her strength, her bravery, or her portrayal as a woman equal in every way to men are among her most timeless and appealing qualities. While there's no way to confirm if Jenkins was crowd-sourcing feedback, there history behind Wonder Woman suggests Jenkins' was fully aware of the Themysciran princess's reputation when she signed on. This reputation possibly led to Jenkins' belief that the Wonder Woman film must uphold her legend and that meant she would have to fight like the men and, on film, be coded as such. Enter: male superhero tropes.

For a recent Time profile of Wonder Woman, Jenkins' disclosed her decision on male superhero tropes:

We’ve spent years treating male heroes in certain ways. I just applied those same tropes to her, and all these incredible radical moments suddenly appear to an audience.

Jenkins comments highlight the desire to shift the way we view women in film, most radically within the superhero genre. It's already evident in the trailer, where Wonder Woman protects her love interest, the capable World War I soldier Steve Trevor. She is defiant when her warns her to be careful, choosing to go into battle anyway. She takes on a group of villains, fighting them in slow-motion (which highlights how her battle technique surpasses that of mortal men). We see female love interests do the warning, needing protection, and even standing by while their beloved superhero men go into battles with unfathomable odds against them.

As we finding more and more in our modern era, representation matters for women. If we can see a woman onscreen who repurposes the superhero tropes that have been ingrained in our brains as those only men can fulfill, that's a truly radical notion. But I suppose it's fitting, isn't it? That Wonder Woman, a superhero so steeped in radical notions, nay, founded on them, could still manage to surprise us in 2016? I for one am glad to see that there is a bright spot on the horizon in 2017 and her name is Wonder Woman.