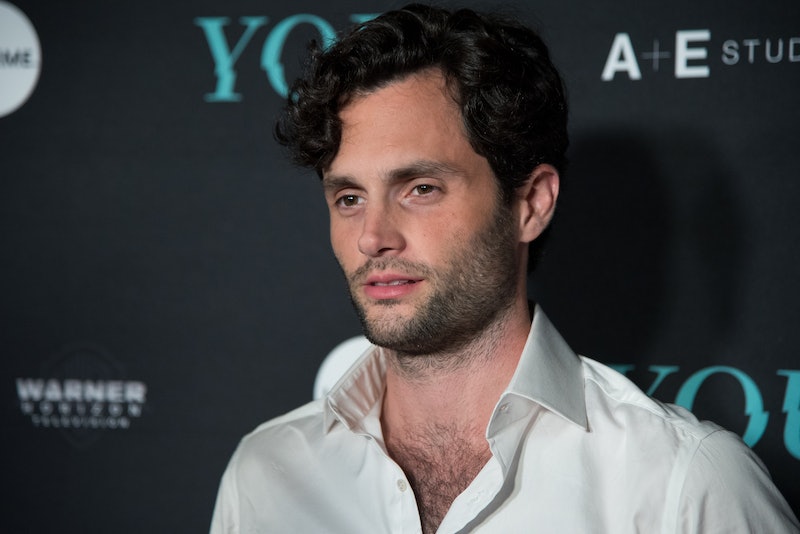 Joe Goldberg and Dan Humphrey are both New Yorkers who are in love with distant blonde women. But they're hardly the same. And in a new interview with People, Penn Badgley acknowledged the You/Gossip Girl comparisons — but fans shouldn't think of Joe as a continuation of the actor's iconic GG character.

"I do think in the first scene, he basically seems like Dan," Badgley said to People. That's fair enough — Joe is pining for Beck, and Dan is pining for Serena. They're both intelligent bookworms, and they're both harboring some serious resentment about how much less money they have than some of their fellow New Yorkers. But that's pretty much where the similarities end. And, frankly, suggesting otherwise is a disservice to Dan's legacy.

The comparisons are understandable. As sick as Joe is, there's also a twisted likability to him. He looks out for his neighbor who's being abused; he's not a complete sociopath. And the fact that he's able to recognize others' emotions and to feel sympathy only complicates his character further. In fleeting moments, Joe could theoretically be another "Lonely Boy," a misunderstood literary type surrounded by wealthy people who don't appreciate him.

Plus, there's the fact that Joe genuinely sees himself as a good person. In his You voiceovers, he starts off the series by brushing off his stalking as a classic rom-com move. And in the end of the first season, he's not too concerned with his growing body count — he's thinking about finding a new relationship.

Dan, meanwhile, was a low-level stalker, but he was ultimately harmless in the end. Yes, the Gossip Girl blog caused plenty of pain and drama. But honestly, Dan's classmates gave him plenty of reason to dislike them in the first place. Dan never truly put anyone in danger (and he certainly didn't kill anyone).

Joking about the similarities between the two characters is funny at first, but it's also a bit bleak. Dan ended Gossip Girl with a wedding to Serena, leaving the blog far behind. And for all fans know, the two of them could have left New York City. Even if their marriage didn't last, there's no way that Dan would still be so hung up on his high school experience that he'd resort to stalking a woman he barely knows, as Joe does. He's strong enough to leave the past behind him.

And, just to reiterate: Joe. Is. Creepy. In fact, Badgley told People that the show's crew wanted him to be less creepy during an early scene, and he wasn't having it. He explained,

"I kept on getting the note to be less creepy, and I remember thinking to myself and being very adamant on set, like, 'Which way are we going here? If we're pulling our punches right when we need to be sending them home, what kind of mixed message does that send our viewer, particularly our younger viewers?'"

The actor echoed a similar sentiment on Twitter recently, shutting down You fans who saw Joe as romantic. In one tweet, Badgley wrote that changing the minds of people who romanticized Joe would be "all the motivation I need for season 2."

It's fun to point out the similarities between Dan and Joe, but at the end of the day, these are two very different roles. Joe is an extremely dangerous person, even if he does seem like a hopeless romantic in his own mind. And based on Badgley's recent statements, that can't be stressed enough.