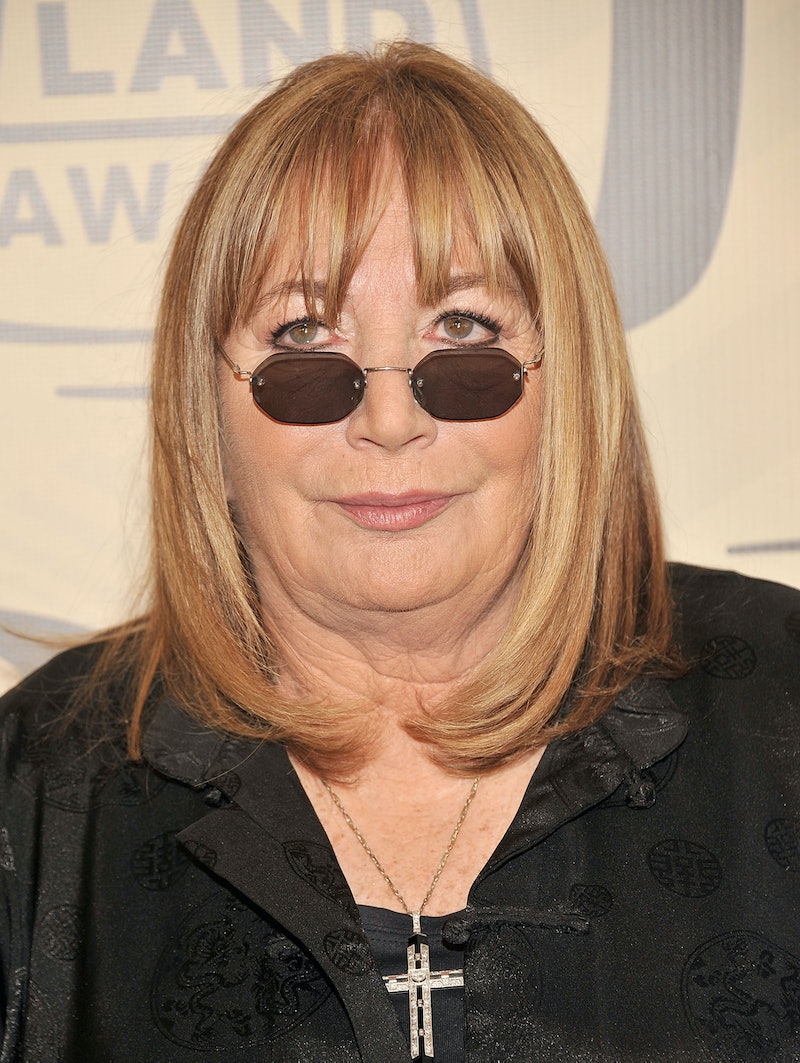 On Tuesday, Dec. 18, The Daily News reported that Penny Marshall died at the age of 75. Throughout the timeline of her esteemed career, which includes becoming the first woman to direct a film grossing more than $100 million, Marshall crushed stereotypes and broke major ground for those who would follow in her footsteps. While her life's work is monumental for many reasons, Marshall's role on Laverne & Shirley was a major game-changer when it came to how women were being portrayed on television during its time.

In addition to making Marshall a household name, the sitcom would ultimately help to shift the paradigm and, in turn, pave the way for other shows that pair women in lead roles, such as Broad City, Insecure, The Golden Girls, Girlfriends, Charmed, Designing Women, Parks & Recreation, Grace & Frankie, Gilmore Girls, and Living Single.

The ground-breaking show, which debuted in 1976 during the midst of the women's rights movement of the 1970s, centered around Marshall's character, Laverne DeFazio, and her best friend Shirley Feeney (Cindy Williams), who set out to enter a male-dominated workforce at a Milwaukee brewery called Shotz Brewery during the late 1950s. In its 1976 introduction, Laverne & Shirley would be one of the first television series to replicate the tone of the women's liberation movement. Entering network television on the heels of the success of The Mary Tyler Moore Show, Laverne & Shirley helped to solidify the visibility of women in the workplace and shed light on the plight of blue-collar working class.

Marshall's portrayal of Laverne was no nonsense, sharp-tongued, funny, and quick-witted — attributes that the mainstream audiences weren't quite used to seeing from women amidst the landscape of series such as The Odd Couple, Barney Miller, CHiPs, All in the Family, and The Dukes of Hazard. For her role as Laverne, Marshall was nominated for three Golden Globe Awards.

As a duo, Marshall and Williams' comedic timing allowed viewers a rarely-seen glimpse into a strong relationship between two female lead characters during a time when only men were cast in friend roles. Together, Laverne and Shirley made it known that they did not need a male presence to survive and proved that their independence and friendship with one another was strong enough to make it all on their own. Many of their uproarious antics focused on humorous moments involving the women and their friends and featured storylines that showcased the ladies ditching blind dates and having fun while working on the conveyor belt at their brewing plant.

In its run, Laverne & Shirley showcased two women who were not only were able to think for themselves, but made contributions to causes such as workers' and animal rights, according to the Television Academy.

By its third season, Laverne & Shirley became one of the most-watched television programs on TV and was nominated for two Golden Globe Awards and a Primetime Emmy Award, according to Rolling Stone. The show, which ran from 1976 to 1983, could easily be summed-up by its telling theme song: "There is nothing we won’t try / Never heard the word impossible / This time there’s no stopping us / We’re gonna do it"

Although Penny Marshall may no longer be present in this earthly life, her legacy and what she meant to women all around the world will certainly never be forgotten.