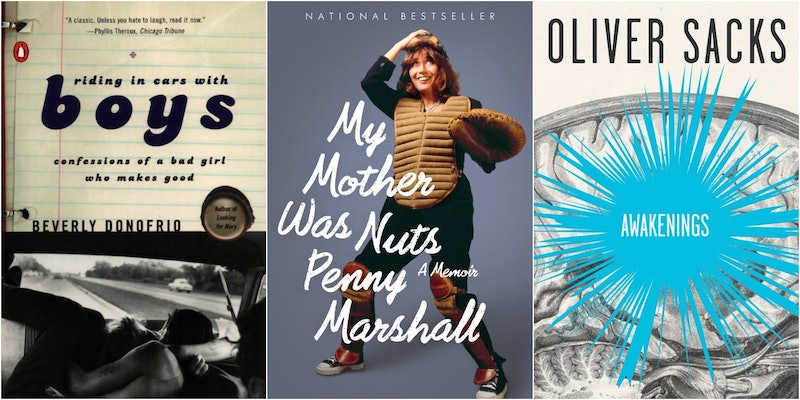 The pioneering director and actor best known for her role on Laverne & Shirley, Penny Marshall, died on Monday night, leaving behind an incredible legacy, both in front and behind the camera. She was 75 years old. Over the course of her incredible career, the A League of Their Own director broke down barriers in what was, and still is, a male-dominated industry.

“Penny was a girl from the Bronx, who came out West, put a cursive ‘L’ on her sweater and transformed herself into a Hollywood success story,” her family told ABC News on Tuesday in a statement about Marshall's death. "We hope her life continues to inspire others to spend time with family, work hard and make all of their dreams come true."

Marshall launched her Hollywood career as an actress with roles on The Odd Couple and as one of the titular characters in the wildly popular television show Laverne & Shirley. But she decided she wanted to take her talented behind the camera, and there, Marshall broke new ground for female directors in an industry that rarely saw women succeed. In 1988, she became the first female director to earn $100 million at the box office for her movie Big, which starred a very young and very silly Tom Hanks. Four years later, she did it again with A League of Their Own. In between, in 1990, Marshall became the second woman director to earn an Oscar nomination for Best Picture for her movie Awakenings, starring Robert DeNiro and Robin Williams.

Marshall was a brilliant director, a gifted actress, and a truly talented writer. To learn more about her life and the works that inspired her career, check out these books.