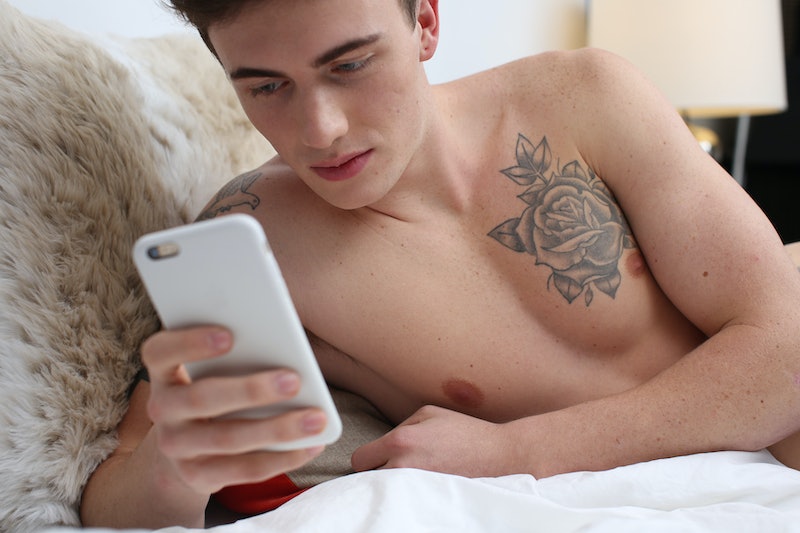 There are some rules the world is run by — and one of those is that if there's something capable of measuring, people with penises will measure them with it. That's exactly where the new iOS update, which includes an app that helps you measure the world around you, comes in. It's called the "Measure" app and it's an augmented reality tool that allows you to move your iPhone around the room while it gives you real-time measurements of pretty much anything in it. But without missing a beat, people have already started using the new tool from the iOS update to measure penises.

Twitter has basically exploded with joy over this new discovery. Tweets about measuring every dick pic sent your way, tweets from men terrified that women will now be able to actually measure their penises, demands that every dude uses the new feature when he sends a pic to ensure accuracy — it's all there.

Although before you get too deep in the dick-pic hilarity, remember that these are all tongue-in-cheek. There are plenty of ways those with small penises give others pleasure, there are some people who prefer having sex with those who are less-endowed, and there are definitely sex positions that work better with a smaller penis. There's no reason to shame anyone with a small penis, because size is very much only one consideration when it comes to having a pleasurable sexual encounter — so if you choose to measure, measure with pride.

Here's what people had to say about it on Twitter.

More like this
The 19 Best Tweets & Memes About Bisexual Awareness Week
By Lexi Inks
Why A Libra & Libra Couple Might Become Codependent
By Kristine Fellizar
Why TikTok Is Flooded With Controversial Videos About "Pick Me Girls"
By Courtney Young
Breeding Kinks Have Been On The Rise Since Roe V. Wade Got Overturned
By Lexi Inks
Get Even More From Bustle — Sign Up For The Newsletter