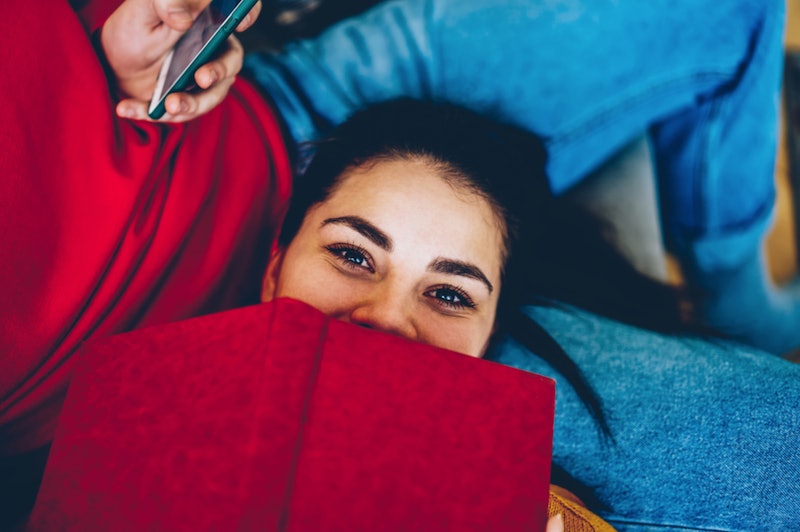 Communicating nuances like sarcasm, affection, and other subtle emotions via text message is not without its challenges. In fact, text communication can be rife with misunderstandings. This is why we have emojis. And, according to two new studies, they're so effective that people who use emojis go on more first dates and have more sex than those who don't. Published in the journal PLOS One, the companion studies explore how the lack of non-verbal cues in text messaging can reduce the quality of communication, and how using emojis can help mitigate that.

"Previous generations of daters had the benefit of meeting a potential date in person, providing the opportunity to observe their body language and voice, engage in touch, see them interact with others, and so on," the paper reported. These days, more often than not, people are having their first communication with a potential partner via text or chat. And researchers proposed that emojis can help people develop intimate bonds more quickly than words alone.

"Overall emoji use is an indicator of affective expression, and is associated with being more emotive across the affect spectrum, which in turn will positively influence romantic and sexual opportunities," researchers predicted. In the first study of more than 5,000 single people, it was found that regularly using emojis to communicate with dates resulted in more first dates and more frequent sexual activity.

The second study expanded on the first study, examining more variables like emoji use as it correlated to first dates, second dates, and sexual behavior. Researchers found that emoji use was related to maintaining contact with people after a first date, which in turn was more likely to result in a second date.

What's more, people who used emojis in their texts prior to meeting in person were more likely to become intimate with one another and more likely to establish a long-term relationship. This may be attributed in part to emojis helping to communicate affect (feelings). Basically, emojis act as a substitute for non-verbal cues that are absent in digital communication.

"Drawing on affect, evolutionary, and social penetration theories, our study helps show that in studying emoji, we may better our understanding of human social psychology in the modern digital world. Affect, and both the production and reception of emotion, is fundamental to human experience, communication, and bonding," the paper noted. "The ability and willingness to communicate affect and emotion provides important cues and signals that people use to assess a potential partner."

In many ways, such as determining whether or not you have physical chemistry with another person, there is no substitute for face-to-face communication. However, using emojis in your texts with potential partners might make you more likely to have that first date where you can check your chemistry IRL.

If you're into each other, communicating with emojis after your initial meetup could increase the chance that you'll go out again, which makes physical contact more likely.

"In other words, we find that the use of emojis allows daters to communicate important affective information to potential partners which facilitates successful intimate connection and more romantic and sexual opportunities," researchers noted. Because if you don't have the first date, the rest of the story never happens. So my friendlies, go forth and emote!