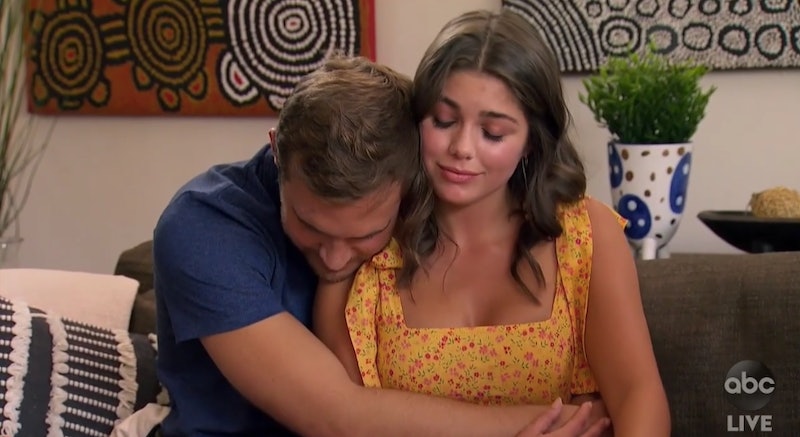 Peter truly does share everything with his parents — including details about his sex life. Just before Hannah Ann met Peter's parents on The Bachelor, he told them all about Madison's non-ultimatum-ultimatum, and how he was intimate with the other women anyway. Not to be outdone, he then made things even more awkward by being all over Hannah Ann (who was meeting them for the first time, mind you) while they all talked. Needless to say, Twitter was very, very uncomfortable watching the whole thing.

When Peter told his parents about the Madison dilemma, he stressed that his relationship with her was "a constant climb," and that she was the first person he fell in love with. Still, his parents —and even his younger brother — were concerned that she'd waited so long to open up about where she stood, or that Peter would be able to handle a relationship without physical intimacy. "It's really a shame that it came out at the very end," his dad said regarding Madi's ultimatum. "It concerns me a lot, actually," his mom added. "That's a big issue. You have to think about that."

Clearly, sex is just as important as honesty is in the Weber family. When Hannah B. revealed that she and Peter had sex in the their infamous windmill not twice, but four times, his parents were right there in the audience to cheer him on.