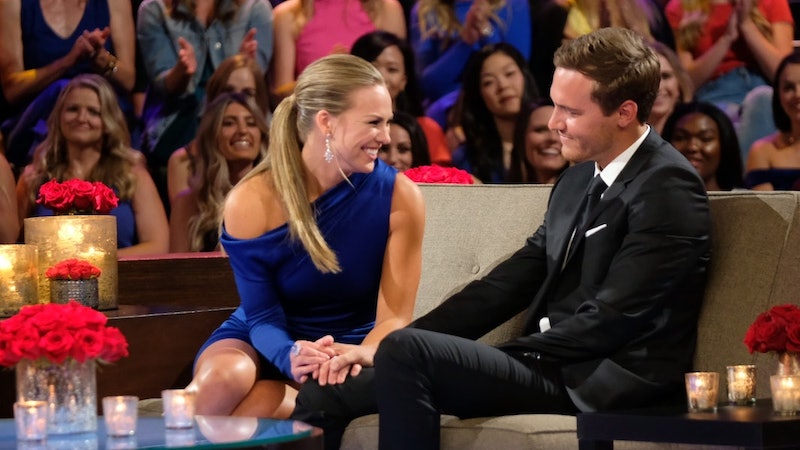 So, The Bachelor’s resident pilot nearly flew the coop. During Hannah Brown’s Bachelor return, Peter Weber considered quitting the show to be with her. On Monday's premiere episode, the exes’ reunion resulted in tearful declarations that they still had feelings for each other and an invitation for Hannah to join the house. On the heels of the events, Peter revealed to Entertainment Tonight on Tuesday that he considered leaving just a few days into filming to be with Hannah.

“I thought I was in a really good spot. I would not have done this, I swear to God, if I thought I wasn't ready to move on [from Hannah]." he told ET. “I definitely considered [quitting the show] in that moment. I know that sounds absolutely crazy insane, but I told everyone from the beginning I was going to be raw, be myself and do what I had to do in that moment.”

Peter met Hannah on her cycle of Bachelorette in May 2019. While Hannah chose (and later broke up with) Jedd Wyatt, Peter placed third in her cycle. The two reunited at the After the Final Rose special in July 2019, but Hannah famously asked out runner-up Tyler Cameron — a decision that the two touched on in the premiere.

"I was obviously hurt [she asked out Tyler], but I did my best to try to move on and put that behind me," Peter told ET on Tuesday. “If she would have [asked me out], I would have said yes and I probably would not have been the Bachelor.”

On the Bachelor Happy Hour podcast with hosts Rachel Lindsay and Becca Kufrin on Tuesday, Peter recounted a moment between the two that made him feel hopeful while filming After the Final Rose. “I was prepared to, like, give it a shot,” he said. “When I saw her for the first time after the show, we kind of had a brief saying goodbye to each other off-camera… and she said that she had moved close to where I was living.”

He continued, “I was like, ‘No way, let’s meet up.’ We had agreed. I honestly got excited at that point. I was like, ‘Maybe, this isn’t over yet.’ I felt chemistry on stage to be completely honest.” When Hannah ultimately asked out Tyler, however, Peter said he was “done” and “over it.”

In Monday’s premiere, Hannah returned to host a group date with a few of the 30 women vying for Peter’s love this season. By the end of the episode, Peter extended an invite for Hannah to join the house after the two declared their feelings. As for Hannah’s answer, viewers will have to tune in next Monday for her response.