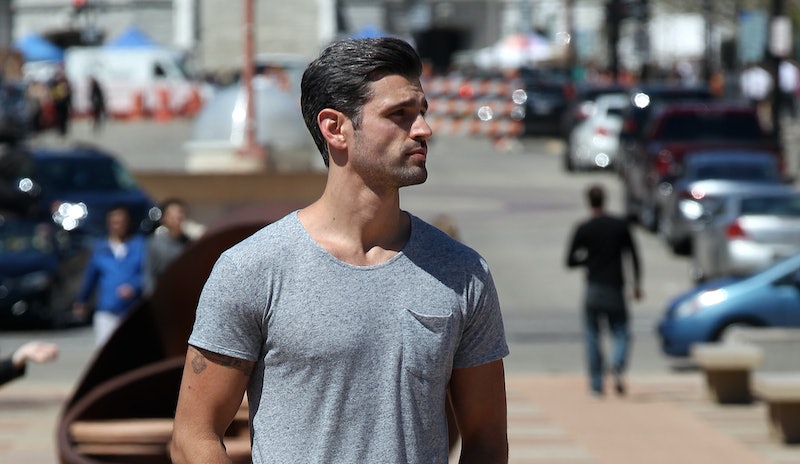 On The Bachelorette, Rachel has finally narrowed down her choices to the last three contestants. Each one brings his own flair to the final three, but it's Peter who stands out physically as the only one left with tattoos. (Neither Eric nor Bryan have any ink themselves, according to their ABC bios.) What are Bachelorette star Peter's tattoos, though? He has a ton of them.

Getting a tattoo is a very personal choice, and Peter made that lifelong commitment not once but many times. (Rachel shouldn't doubt his ability to commit to her then, huh?) According to his ABC bio, Peter has four tattoos. Based on his choice in ink, it look as though his tattoos hold a particular significance for him. One is for his family, another details a personal achievement, and two are symbols that are specific only to Peter (but fans can certainly speculate).

While Peter doesn't always show them off, they are visible in various photos on his social media accounts. As anyone with tattoos know, they are usually great conversation starters. In Peter's case, the true meanings behind his ink choices aren't completely clear, and viewers may still have some questions. But, here's what Peter has already revealed about his tattoos: