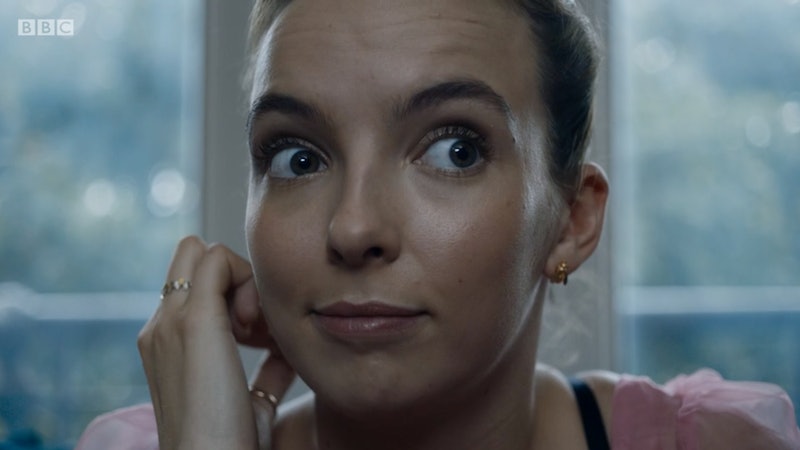 Perhaps the most exciting psychological thriller-come-comedy of the year, Killing Eve, had the world falling for a psychopathic serial killing agent. An impressive feat in itself but what I wasn't in love with was that cliffhanger ending. OMG is she alive? Is she OK hun? Is anyone safe? Well I can't answer most of those questions but according to these photos of Killing Eve Season 2, the psycho killer is very much alive and (probably) kicking.

How lit is that?! The world breathed a sigh of relief because yes, Villanelle is bonkers and definitely someone you don't want to bump into in a dark alley, but y'all nobody is perfect. Also she was just doing her job. OK maybe enjoying her job a little too much, but like let's focus on the positive. The show was so good that even the Guardian ranked it number one on their list of the best TV of 2018.

To be fair it is remarkable to think that any of the main characters could survive in between seasons because lord knows they had absolutely a big fat zero problem with killing people off in that show. The body count in the first season alone was 27. Crikey.

One of the images shows a very dishevelled, tired, and bloody looking Villanelle, played by Jody Comer, trying to hail a cab. Not being funny but maybe not so likely to get a cab in that state (no offence).

Another image shows a very alive but also very injured Villanelle trying desperately to treat her injuries. Covered in blood and clutching a bottle of vodka. No word on whether she is drinking it or putting it on her injury. TBH both probably advisable because like, ouch.

Eve, the object of Villanelle's love, desire, and outright obsession is played by Sandra Oh, who was the first ever Asian woman to be nominated an Emmy for Best Actress In A TV Drama for her good work, as Variety reports. Eve is sitting, looking a bit scared/shocked/confused while sat in the tub. To be honest, this is a face she has for the vast majority of the show and like, fair enough. Can't imagine a cat and mouse game with an international serial killing Russian agent is the most grounding of things.

Not to panic you, Eve, but Villanelle looks like is in total terrifying, pre-murder plotting mode here. Might want to double lock your doors.

Eve is also shown with her former boss, Carolyn Martens, played by Fiona Shaw, who is very mysterious in her own right. Bit funny considering Eve was totally sacked at the end of the first season, what the hell do you reckon they were chatting about? Ugh a picture tells a thousand words, but these photos tell a thousand questions.

But when will we actually get to see what's been going on? The suspense is killing me. Although there is yet to be a release date, it is expected to be in Spring 2019.