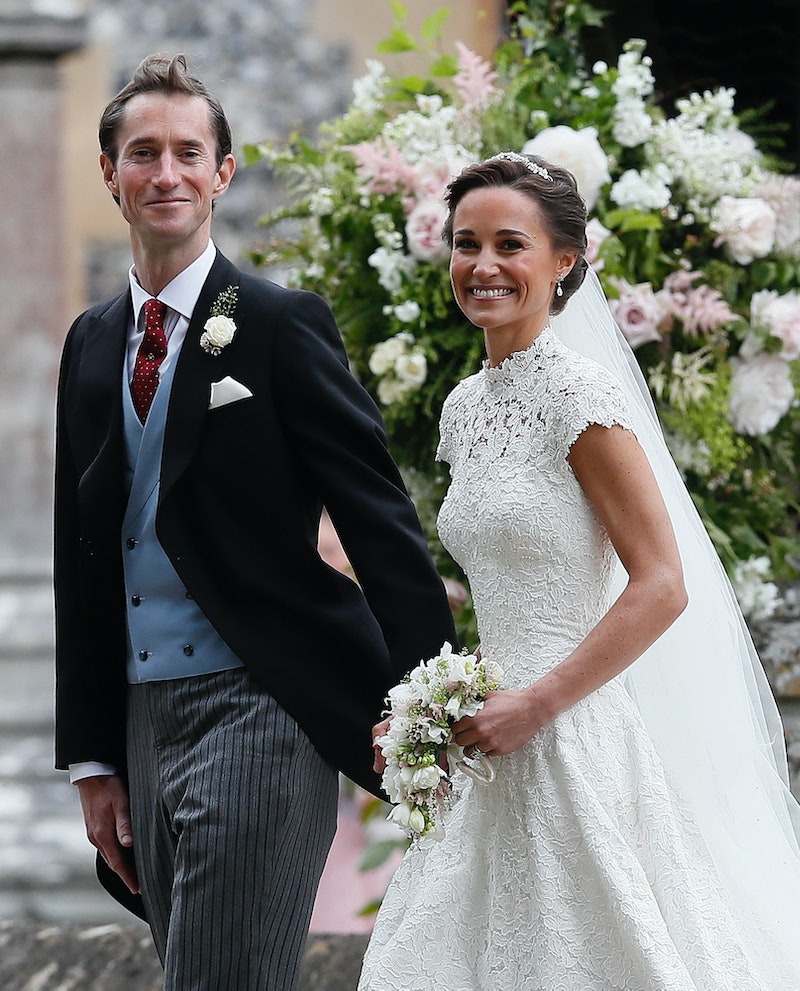 Just over six years after she served as maid of honor in her sister Kate Middleton's wedding, the younger sister Middleton is now a bride herself. On Saturday, May 20, Pippa Middleton and James Matthews got married in a ceremony held at St. Mark's Church in Berkshire, England. According to E! News, it was "an intimate ceremony," just miles away from where Middleton and her sister grew up. But don't you worry, the ceremony may have been small, but it definitely included another beloved pair of siblings — Prince George and Princess Charlotte.

As for their roles in the ceremony, George was a pageboy and Charlotte reportedly joined the group of bridesmaids. Yes, an itty-bitty, royal bridesmaid. I know you're probably already dying to see photos of the wedding — you know, to make it feel like you teleported to England and attended yourself.

Of course, there are photos a plenty, but first, some background info: Middleton's now-husband Matthews is a millionaire hedge fund manager. The pair was first spotted together in 2012, but their relationship timeline is a little confusing. They appear to have broken up in-between and found their way back to each other by January 2016. And you know what? All that matters is that they did. They got engaged in July of last year.

My heart is practically exploding at how adorable all the photos are. Middleton and Matthews couldn't look happier to be spending the big day surrounded by those they love. According to People, Prince William and Prince Harry were in attendance, too. Harry's girlfriend Meghan Markle was reportedly not in attendance, The Telegraph reported, but she may attend the reception.

Regardless of the guests, the day really all is about Middleton and Matthews. Somehow, despite having a highly publicized wedding (which I imagine adds pressure to an already incredibly stressful situation), the pair pulled it off — and made it look effortless. Congrats to the newlyweds!