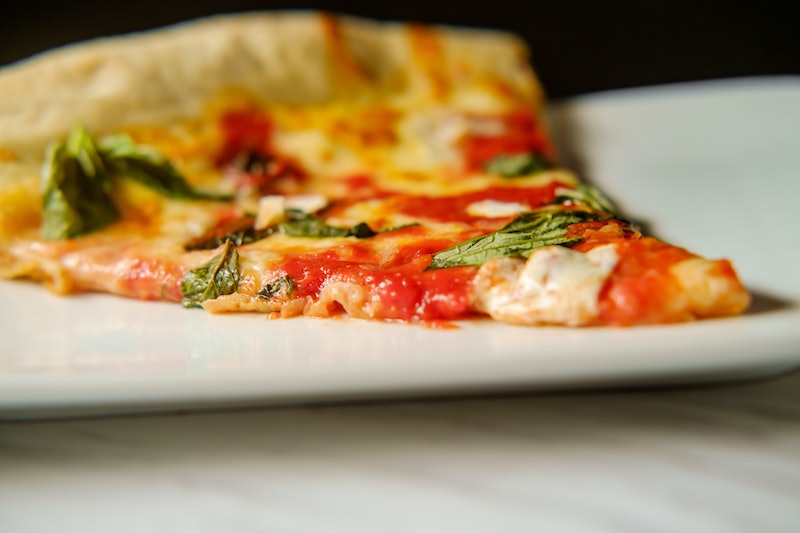 If you think of a vending machine, you probably think of sodas or of potentially stale snacks, but that's not always the case. Japan in particular is known for having a wide variety of vending machines, and unique ones are continuing to spread around the world. As pointed out by Foodbeast, Japan has a pizza vending machine, but it's not the only country with one. In case you didn't know, there are even pizza vending machines in the U.S. There just aren't that many of them, so not everyone is able to try out this questionable sounding experience just yet.

It might be is kind of hard to wrap your head around the idea of vending machine for pizza at first. Is the pizza hot? Is it whole pies or slices? How can it possibly be fresh? All of this and more has been accounted for. These pizza vending machines really have their bases covered.

The machine that Foodbeast mentions in its article about Japanese vending machines is located in Hiroshima, is called Pizza Self, and provides residents and visitors with the chance to get a hot pizza 24 hours a day. Pizza Self comes from an Italian company, Cierreci, and its site explains that Pizza Self can hold up to 42 pizzas each of two different flavors. The pizzas are frozen and pre-cooked and are heated up in three minutes. According to the Japan Times, the Pizza Self has become an attraction for visitors in Hiroshima since it was installed in July. This video lets you see the Pizza Self in action:

As for the pizza vending machines in the U.S., one Rochester, N.Y.-based company came up with a machine called Pizzametry and tested it out at the University of Rochester, according to a July report from The Spoon. Pizzametry actually makes the pizzas from scratch (well, the dough is pre-made, but uncooked) and bakes them at a whopping 700 degrees, in a process that only takes three-and-a-half minutes.

Also, in 2015, Cincinnati.com reported that Xavier University became the first place in the U.S. to have a Pizza ATM. This one heats up refrigerated pizzas that are placed in the machine by whoever owns it. The Xavier pizzas are made by the school's dining service, but anyone could get a Pizza ATM, put their branding on it, and fill it with their own pizzas.

So, could you be seeing a pizza vending machine somewhere near you (if you don't live in Cincinnati or Rocheser, that is)? It does seem that they're spreading, with the Hiroshima one debuting over the summer and machines popping up in Perth, Australia in September, according to the Daily Mail. There's also the fact that other similar contraptions have been hitting the streets in recent years, like the Sprinkles Cupcake ATM, the Moët champagne vending machine, and Le Bread Xpress, a vending machine that provides customers with warm baguettes and has a really awesome name.