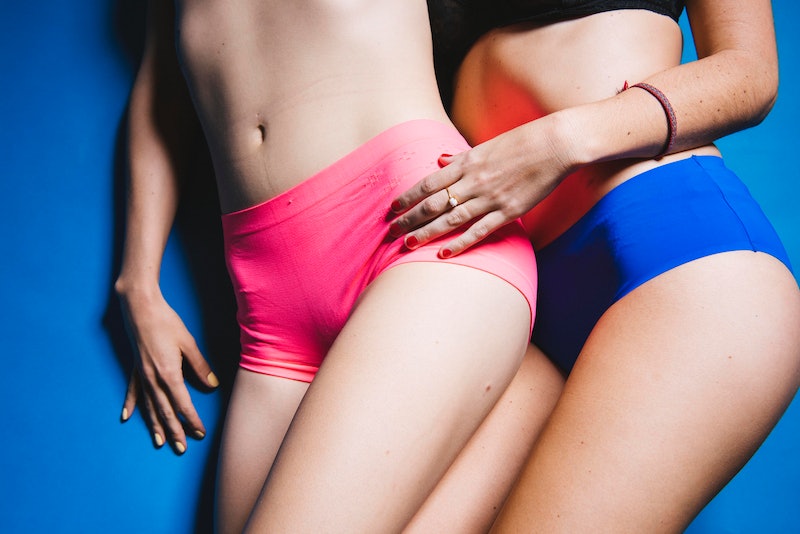 There's no doubt that sex can bring us pleasure, but can it bring us something more? New research shows that one of the benefits of sex might be something a little more profound — like bringing us meaning in our lives. Yup, sex gets ~deep~.

Psychologist Todd Kashdan and his colleagues at George Mason University decided to look into how sex affected not only our mood, but also our sense of meaning and purpose. They studied 152 college students, some single and some in a relationship, for three weeks, charting their sexual activity and how it affected them. The result? Sex was tied not only to a more positive mood, but also to a stronger sense of meaning in their lives.

But the really interesting thing was that sex within a relationship, which we often imagine to be more profound or significant than casual sex, didn't have any more impact on our sense of meaning in life than casual sex did. In fact, pleasurable sex seemed more important than some sort of deep connection.

"I was surprised to find that intimate sexual experiences, where two people feel connected with each other, paled in comparison to extremely pleasurable sexual experiences for their influence on the amount of meaning in life acquired the next day," Kashdan tells Bustle. "I would have thought deep, personal connections magnify the benefits of sex. After all, that's why people are selective in who they invite into their bedroom. But alas, contrary to recent belief that pleasure pales in comparison to profound moments, in this case, pleasure prevails." This finding is not only interesting in and of itself, but it speaks to the anti-hedonism bias that Kashdan thinks is common in science.

Sometimes, doing things for just the hell of it can be worth it. But science often searches for a deeper meaning or significance — and, Kashdan argues, there's a benefit to hedonism that research often ignores. "There is an important story here that runs counter to many scientists, authors, and so-called thought leaders giving TED talks and speaking on podcasts — being hedonistic and whether it will benefit your day-to-day life is a question that can be tested, and there is plenty of evidence to suggest there is value in having mind-blowing sex, eating a hot fudge sundae, spending the day back floating in the ocean, and just reading comic books on the porch while drinking bourbon," Kashdan says. "Hedonism is not to be dismissed as low-brow."

Why does the scientific community seem to have a slant against hedonism? Well, it seems to go all the way back to Darwin. "The study of sexuality partially began with Charles Darwin pontificating on the issue, arguing that humans are designed to be monogamous sexual creatures and that sexuality has the primary purpose of procreation," Kashdan says. He points to the fact that Darwin held puritanical views and that his choice to compare human sexuality to that of the gibbon — a monogamous animal — rather than bonobos or chimpanzees, who are hyper-sexual animals, still impacts the way we view our own sexuality. And it's definitely true that bonobos and chimps get it on like whoa. In fact, female bonobos are known to have sex to defuse unsure social interactions, to which I can only say, "Same."

Taking the study of human sexuality out from beneath of the shadow of Darwin is really fascinating. "There are benefits to removing cultural filters to ask dangerous questions, for the simple reason of trying to ascertain what motivates humans to do what they do and what can be changed," Kashdan says. And, as this research shows, there's a lot to be challenged.

When it comes to sex, having a grand old time might have a more significant impact than having sex with someone you love, even though rom-coms may teach us otherwise. So if you're someone who loves sex for sex's sake, this is another reason to just go for it. And if you love your partner deeply, have a profound connection, but just aren't having your needs met? It's all the more reason to speak up about what you want in bed and encourage strong, open communication with your partner. Because whether you're single or in a relationship, great sex is important — scientifically speaking.