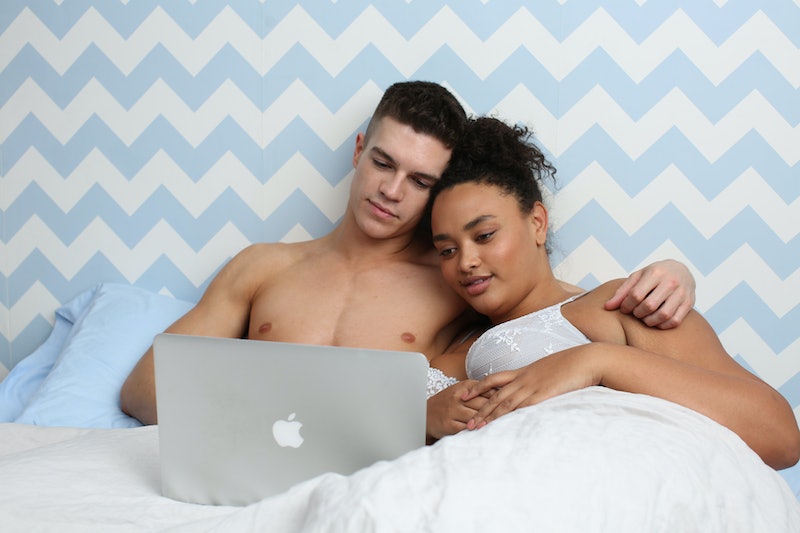 Last year, after the passage of the Stop Enabling Sex Traffickers Act and Allow States and Victims to Fight Online Sex Trafficking Act (FOSTA/SESTA), several major websites scaled back on sexual content. Tumblr deleted sex blogs, Facebook put up new guidelines prohibiting sexually suggestive posts, and Craigslist got rid of its personal ads section. This left people not only lacking spaces to connect with sexually likeminded individuals and explore their sexuality but also lacking access to crucial information about sex. Censoring sex content, after all, inevitably means censoring sex education. With her new site PleazeMe, however, entrepreneur Heather Montgomery is hoping to fill in some of the gaps FOSTA/SESTA left in the internet — and more.

A one-stop shop for all things sex, PleazeMe includes discussion boards, places where people can share video and article links, private messaging, and profiles that let you connect with other users with however much anonymity you want. Montgomery was actually inspired by online BDSM communities, she tells Bustle. But rather than cater to one particular community, PleazeMe has seven "worlds" around themes like spirituality, romance, and kink. Within these worlds, you can join group chats about topics ranging from nudism to tantra. New users take a quiz about their sexual interests that directs them toward the appropriate world, but anyone can explore any of them if they want.

While PleazeMe is made for all kinds of people, Montgomery is particularly passionate about giving women a safe space to express their sexuality. "As a woman-run company with woman-designed software, we made sure it was a place where we could have gender equality when it comes to researching and exploring our sexuality," she says. "A lot of places I went felt dark and scary, and our site is definitely light and sexy."

Montgomery also hopes that PleazeMe will become a place for people to learn from one another's sexual experiences. While there are plenty of articles online about sex, it's totally different to be able to have a back-and-forth conversation, and many people still don't do this with their friends.

"If you have a question about your sexual identity — your sexual desires [...] — who do we typically go ask? Is it your mom? I doubt it. Is it your best friend? Maybe a little bit, but do we expose the deep-down thing were afraid to ask?" says Montgomery. "Some of us live in very rural areas and don't have a lot of sexual areas near us, and it could be nice to have that in the comfort of your home."

Like many founders of sex-positive companies, Montgomery worries about the impact FOSTA/SESTA could have on her business. But the law's original purpose was to prevent online sex trafficking, which she has no intention of allowing. In fact, she plans to donate 10 percent of PleazeMe's revenue to charity, including anti-sex-trafficking organizations.

Ultimately, Montgomery believes companies promoting sex education will prevail in the fight for sexual freedom on the internet. "Everybody's going to come together and find a solution," she says. "The internet can't just shut down and can't ban all sexuality. There's got to be a middle ground." Hopefully, sites like PleazeMe will help forge this new path for sex on the internet.

You can currently join PleazeMe for free by creating an account at pleazeme.com.

More like this
Women Around The World Are Cutting Their Hair In Solidarity With Mahsa Amini
By Darshita Goyal
The 19 Best Tweets & Memes About Bisexual Awareness Week
By Lexi Inks
These 4 Signs Are The Seductive Sirens Of The Zodiac
By Brittany Beringer
Breeding Kinks Have Been On The Rise Since Roe V. Wade Got Overturned
By Lexi Inks
Get Even More From Bustle — Sign Up For The Newsletter