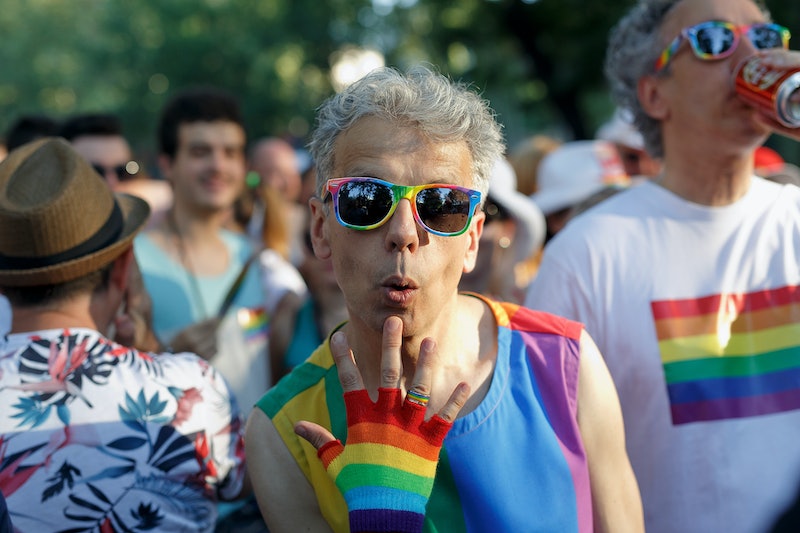 It’s Pride Month, and if your life isn’t overflowing with LGBTQ+ excellence all June long, what are you even doing? There are plenty of ways to celebrate Pride Month regardless of where you fall on the spectrum. From books featuring LGBTQ stories to finding a few new LGBTQ accounts to follow across social media to scrolling through #Pride2017 on Twitter, you have 30 entire days to dedicate to specifically celebrating the LGBTQ+ community. So, let's get to it.

In addition to celebrating accomplishments within the LGBT community and how far we’ve come as a culture, Pride Month is also another opportunity to recognize how far we have to go when it comes to equality. Our country is very much divided when it comes to why we need new LGBT protections. While 2017 marks two years of marriage equality as a constitutional right, we also need to recognize that roughly one third of Americans still don’t think gay marriage should be legal. Essentially, the fight for equal rights is still very much a fight.

The world can sometimes be a big, bigoted place. The depths of the internet — and sometimes its surface, too — is often evidence of that. In the spirit of killing ‘em with kindness, why not fill your newsfeeds with funny that features and celebrates the LGBTQ+ community? Here are ten bits of funny to share on Facebook and your other social feeds to share during Pride Month and beyond.