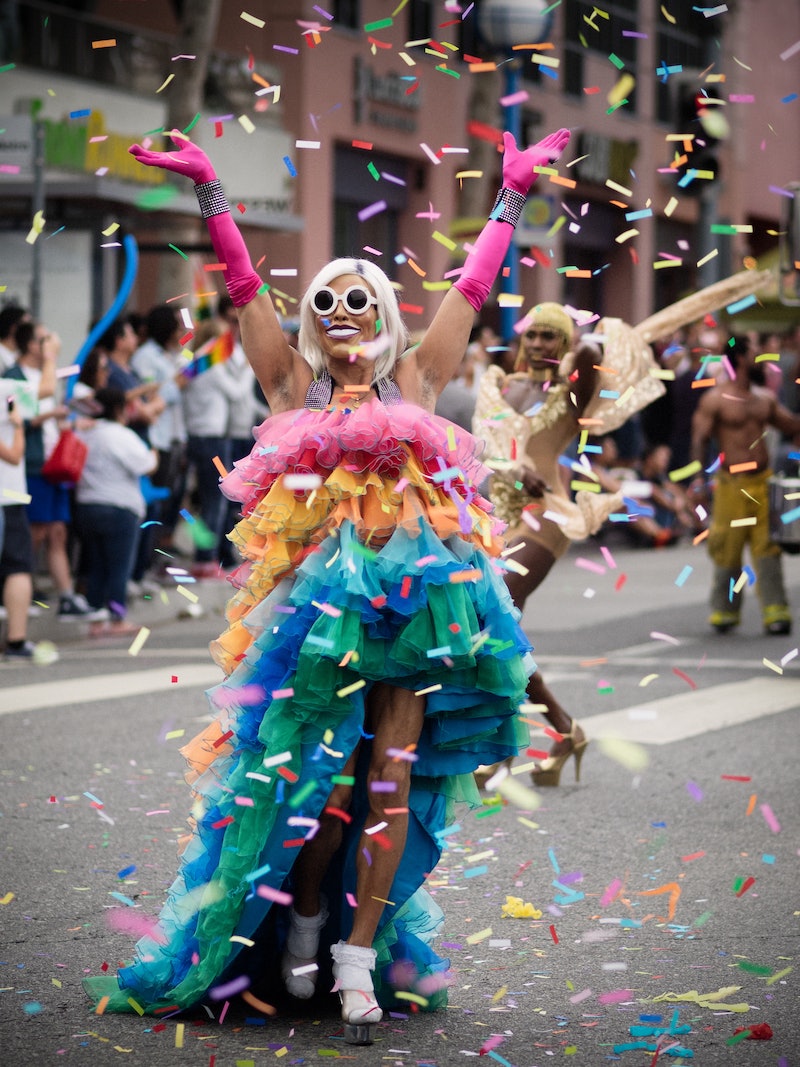 To kick off Pride Month, LGBTQ+ Twitter users and allies are tweeting in solidarity with the queer community using the #Pride2017 hashtag. This time of year is, as ever, both intensely personal and political, so posts range from celebratory to solemn. Some folks are highlighting individual triumphs, while others are focusing on the collective gains made by activists through decades of tireless organizing — and raising awareness about the state-sanctioned discrimination and violence many LGBTQ+ people face on a daily basis.

Under the Trump administration, LGBTQ+ rights remain under siege. But to detail the myriad ways discrimination is woven into the fabric of our government would take far too long — and derail the conversation. During Pride Month especially, narratives should be centered around queer folks, not the bigots who seek to deny them basic freedoms and rights. Although the battle is uphill, there is a distinctly rainbow-colored light at the end of the tunnel. Twenty percent of Millennials identify as queer, and more than half of Generation Z identifies outside the cis, straight bracket. In short: our country is only getting queerer by the minute, and that can only mean good things for the LGBTQ+ community in the future.

Here's are five ways that Twitter users are paying homage to Pride 2017:

3. Reminding Everyone That Love Is Love

5. Posting A Lot Of GIFs