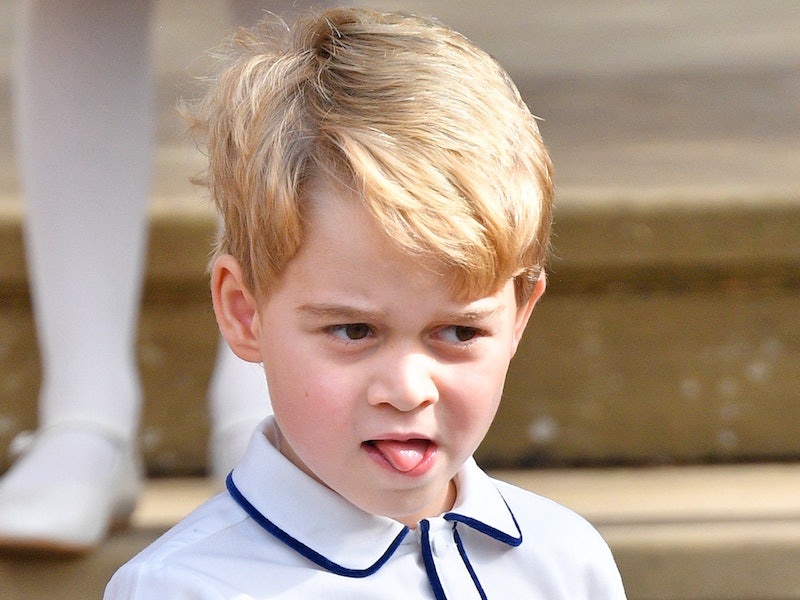 One heir to the British throne knows his way around dessert recipes. Prince George prepares Christmas pudding in new royal family holiday photos released on Saturday. In the series of photos shared on social media, Prince George is joined by his great-grandmother Queen Elizabeth II, grandfather Charles, Prince of Wales, and father Prince William, Duke of Cambridge as they prepare pudding in Buckingham Palace for the Royal British Legion, a charity in support of members and veterans of the British Armed Forces.

In the photos captured by photographer Chris Jackson, Prince George mixes the pudding batter as a Christmas tree sits in the background. “Four generations of The Royal Family have come together to support The Royal British Legion's 'Together at Christmas' initiative,’” the Instagram caption read. “The Queen, The Prince of Wales, The Duke of Cambridge and Prince George, joined forces to prepare special Royal British Legion Christmas puddings at Buckingham Palace this week.”

At the pudding session in the palace, Prince George and co. mixed four bowls of pudding and placed commemorative sixpences, a type of British coin, into the mixture to provide good luck to those who find it. The Christmas pudding will be served at the Royal British Legion’s annual “Together at Christmas” event next year, which aims to combat loneliness and isolation experienced by members during the holiday season, as per the British Legion’s website.

Prince George’s dessert session comes after his parents William and Kate, Duchess of Cambridge joined celebrity baker Mary Berry on her BBC holiday special A Berry Royal Christmas. In the Dec. 16 special that followed Berry and the royal couple as they prepared meals for charity staff, Kate revealed that Prince George isn’t her only child to have formed an interest in the world of baking. Kate told Berry that one of Prince Louis’ first words was none other than “Mary” due to her collection of cookbooks. “One of Louis' first words was 'Mary’ because right at his height are all my cooking books in the kitchen bookshelf,” she told Berry. “Your [face is] all over your cooking books and he would say, ‘That's Mary Berry.’”

In an interview with the Mail on Sunday’s You magazine pegged to the BBC special, Berry also revealed that Kate is a “proper cook” and “hands-on mum” who regularly prepares meals with her three children George, Louis, and Princess Charlotte. Berry told the magazine, “She told me she uses my pizza recipe and her children help her make them.”

Between pizza and pudding, Prince George is certainly a proper cook of his own.