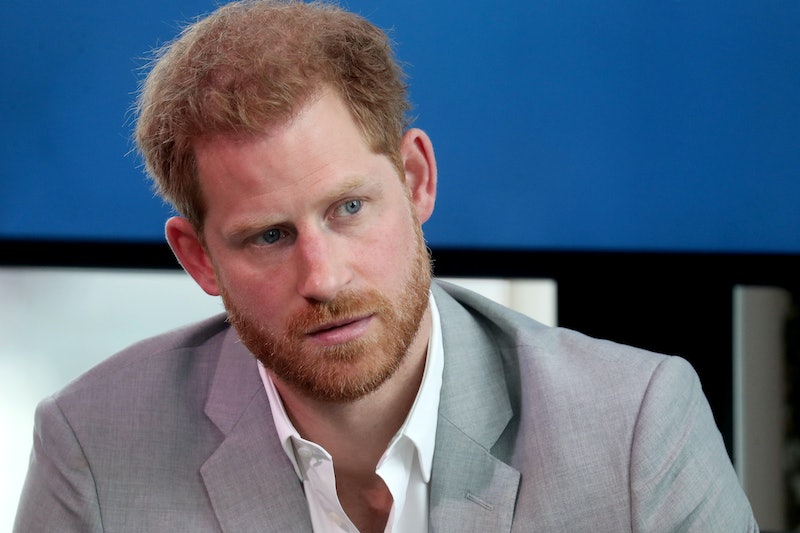 After some backlash regarding the Duke and Duchess of Sussex's use of air travel, Prince Harry addressed the private jet controversy on Sept. 3 in Amsterdam while also launching a new sustainable travel partnership, Travalyst. According to USA Today, the British royal family member didn't shy away from answering a question regarding the recent judgment he and Meghan Markle have both faced. For those unaware, the couple was criticized for using private jets for their summer vacations, in which they traveled with baby Archie to Ibiza and Elton John's villa in Nice, France.

First, Harry began his response with understanding. As someone who cares about the environment, the prince recognizes he has the ability to do everything in his power to give back to the planet in a positive way. As he said, "We can all do better and while no one is perfect, we all have a responsibility for our own individual impact. The question is what we do to balance it out."

That said, the 34-year-old royal explained that sometimes it's necessary for he, Markle, and Archie to travel privately for security purposes. Seeing as he and his family are part of the British royal family, sometimes they have to take measures others might not understand or aren't used to. "I came here by commercial," Harry stated. "I spend 99 percent of my life traveling the world by commercial. Occasionally, there needs to be an opportunity based on a unique circumstance to ensure my family are safe and it’s genuinely as simple as that."

Harry didn't stop there and continued to explain the importance of "balance." He said, "But, as I said in my speech, for me, what it is is about balance. And, if I have to do that — not a decision that I would want to take, but if I have to do that — then I would ensure, as I have done previously and I will continue to make sure that I do is to balance out that impact that I have."

During the time of the private jet controversy, even singer John and Ellen DeGeneres came to Markle and Harry's defense. DeGeneres tweeted on Aug. 19, "Portia and I met Prince Harry and Meghan in England to talk about their work on wildlife conservation. They were the most down-to-earth, compassionate people. Imagine being attacked for everything you do, when all you’re trying to do is make the world better."

As for John, he posted on Twitter and Instagram the same day as DeGeneres. According to the musician, not only did he and his husband, David Furnish, provide their own private jet for Harry and Markle for safety and privacy reasons, but he said the couple made an effort to minimize the climate impact of the plane.

"After a hectic year continuing their hard work and dedication to charity, David and I wanted the young family to have a private holiday inside the safety and tranquility of our home," John wrote on Instagram. "To maintain a high level of much-needed protection, we provided them with a private jet flight." He also tweeted, "To support Prince Harry’s commitment to the environment, we ensured their flight was carbon neutral, by making the appropriate contribution to Carbon Footprint™."

John didn't stop there, but continued to defend them by writing, "I highly respect and applaud both Harry and Meghan’s commitment to charity and I’m calling on the press to cease these relentless and untrue assassinations on their character that are spuriously crafted on an almost daily basis."

There's no denying the royal couple has faced a lot of heat from the press, but that doesn't stop them from doing good. As previously mentioned, on Tuesday, Harry announced the launch of Travalyst, which aims to better the planet through traveling. According to the official website, Travalyst is a "bold new global initiative" leading the "ambition to change the impact of travel, for good." Travalyst, also known as the "catalyst for change," is led by Markle and Harry and founded by Booking.com, Ctrip, Skyscanner, TripAdvisor and Visa.

Per the USA Today, Harry said during the launch, "Travalyst is a first of its kind coalition, a united front of businesses dedicated to making travel an engine for sustainability. It will help strengthen communities and eco-systems to come. It will turn travel into a catalyst for transformative change."

Despite the private jet backlash, Harry really does seem to be trying to do his best to protect the environment. That said, when it comes to his family, Harry will do whatever it takes to make sure they are protected as well.