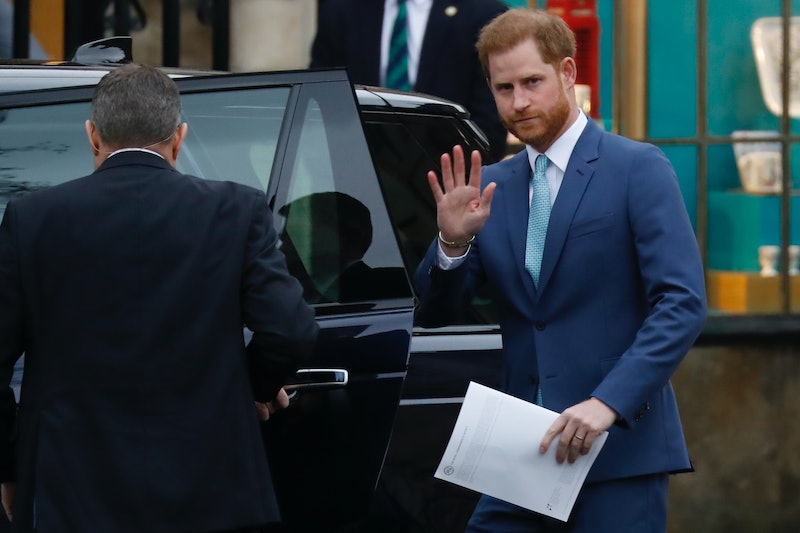 Prince Harry has long shown his dedication to protecting the environment and speaking out against climate change. But the royal found himself in hot water on Wednesday after apparently falling victim to a prank by Russian DJs pretending to be Greta Thunberg and her dad Svante.

Behind the reported prank were Vladimir Kuznetsov and Alexey Stolyarov, who according to The Sun got in contact with the Prince via the landline where Harry and Meghan were staying in Canada’s Vancouver Island in January.

Vladimir and Alexey, who go by Vovan and Lexus, allegedly got Harry to talk about a range of topics, including his exit from royal duties, Donald Trump and climate change by pretending to be 17-year-old environmental activist Greta.

A spokeswoman for the Duke and Duchess of Sussex, and another from Buckingham Palace declined to comment on the report, as per The Guardian. The authenticity of the phone calls, made on New Year's Eve and 22 January, is being questioned by the BBC.

While it’s impossible to really know whether Harry actually believed the pranksters were the Thunbergs, Harry reportedly tells “Greta” multiple times that they should meet up when they’re both next in the U.S..

When discussing his decision to step down from royal duties, he allegedly said: “And this decision certainly wasn’t an easy one but it was the right decision for our family, the right decision to be able to protect my son. And I think there’s a hell of a lot of people around the world that can identify and respect us for putting our family first, But, yeah, it’s a tricky one, but we will start a new life.”

He also allegedly said Donald Trump as "blood on his hands", that the world was "a troubled place" and "being led by some very sick people."

Things then take a turn for the weirder, with Metro.co.uk reporting that the pranksters ask Prince Harry whether a royal wedding between fake Greta and Harry’s six-year-old nephew Prince George or 12-year-old James Windsor would help put an end to climate change. The voice said to be Harry is heard saying that he is “sure” he could help, as well as offering to rescue some penguins “stuck in customs” with a contact at the North Pole.

Though Harry’s representatives have refused to comment on the call, the Prince wouldn’t be the first public figure to fall for Vovan and Lexus’ tricks. The Russian political pranksters have previously gotten the better of stars including Joaquin Phoenix and Elton John, famously calling the Rocketman singer in 2015 pretending to be Vladimir Putin to discuss LGBTQ+ rights in Russia.

Just last month, the duo pretended to be Swedish activist Greta again, this time pranking Democratic presidential candidate Bernie Sanders by promising him that “Greta” could get girl of the moment Billie Eilish and Kanye West to perform a rap for his campaign.