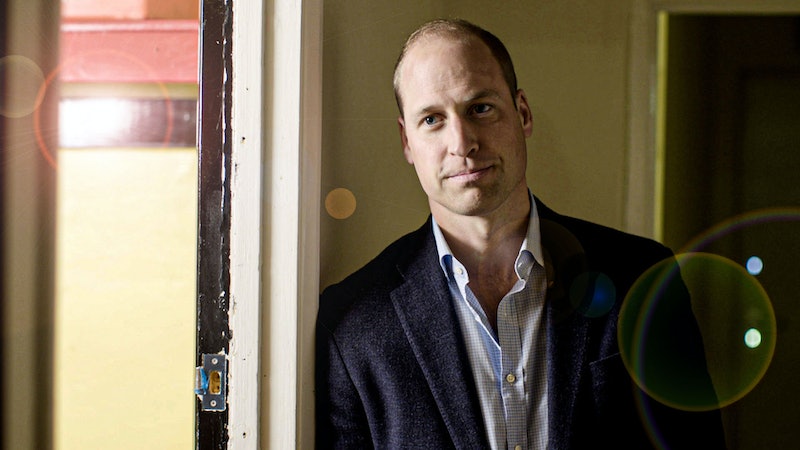 As part of the new documentary, Football, Prince William And Our Mental Health, all about men’s mental health, Prince William has opened up about becoming a father and the trials that come with it. The Duke of Cambridge revealed how the death of his mother played a part in his parenting, and he found becoming a father overwhelming and “the biggest life-changing moment,”

In a new teaser for the documentary released on the Kensington Palace Twitter page, William can be seen speaking to former Fulham and Watford Football Club player Marvin Sordell.

In the clip Sordell explains he found the transition to fatherhood difficult. “I became a dad in 2017 for the first time. And it was one of the hardest times in my life,” Sordell explains. “When you’re struggling, who do you go to, where do you go?”

Prince William speaks about how the death of his mother, Princess Diana impacted him as a parent. It's something Sordell, who didn’t know his father, can relate to. “When you’ve been through something traumatic in life... your dad not being around, my mother dying when I was younger, your emotions come back in leaps and bounds,” Prince William says. And while he's clear that parenthood is one of the most amazing moments in life, he also says: “it’s one of the scariest.” Prince William became a father for the first time when his Prince George was born in 2013 he now has two other children Princess Charlotte born in 2015 and Prince Louis, born in 2018.

In Football, Prince William And Our Mental Health, the Duke meets players, fans, and managers as part of his efforts to start the biggest ever conversation on mental health, through football. He speaks to Chelsea manager Frank Lampard, Aston Villa centre back, and England defender Tyrone Mings. The new documentary follows on from similar project of the Duke of Cambridge. In 2019 A Royal Team Talk saw him meet with people from the world of football to talk about the importance of men’s mental health and mental fitness.

More like this
A Royal Lie: Harry Reveals The Truth About Princess Diana’s Ring
By Marina Watts
Jemima Khan Used Her Own Life As Inspo For 'What’s Love Got To Do With It?'
By Darshita Goyal
Gerard Butler Insisted On Adding This Pivotal Scene To 'Plane'
By Catharina Cheung
You’ll Definitely Recognise Isadóra Bjarkardóttir Barney’s Mum
By Maxine Harrison
Get The Very Best Of Bustle/UK
Sign up for Bustle UK's twice-weekly newsletter, featuring the latest must-watch TV, moving personal stories, and expert advice on the hottest viral buys.