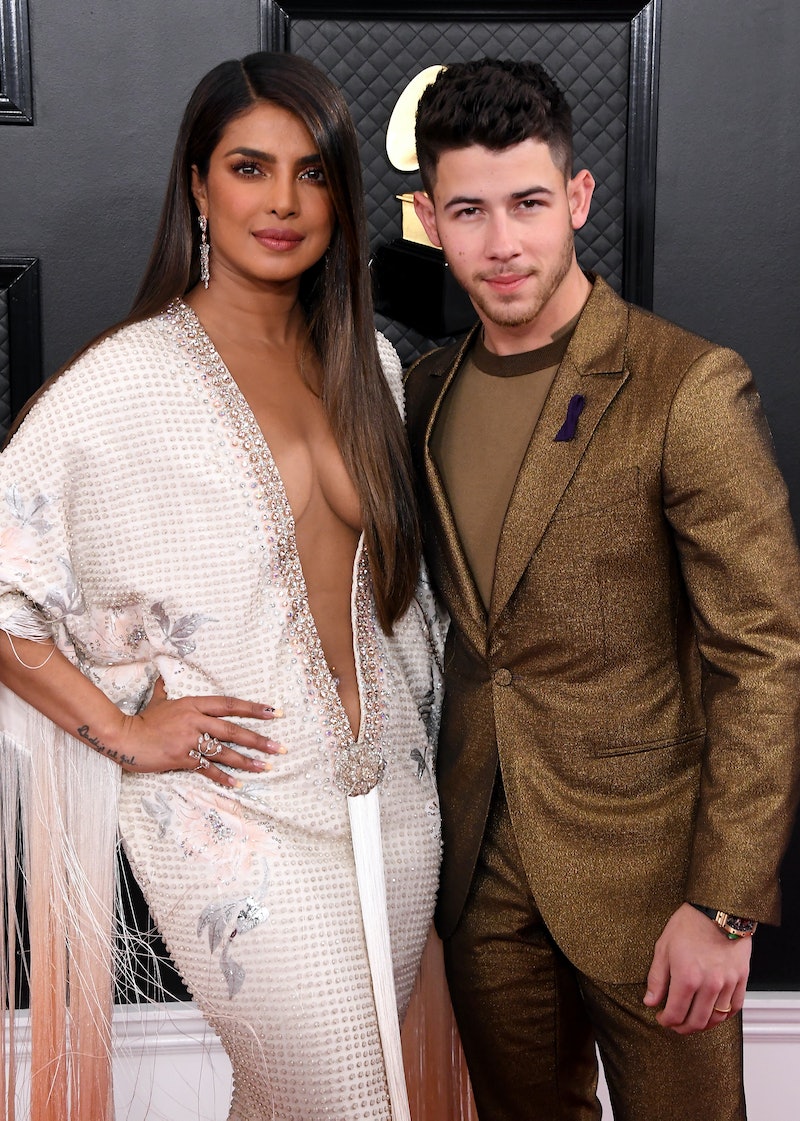 In case you haven’t gotten the memo yet, fringe is having a moment at the 2020 Grammys. Billy Porter wore a fringed-out unitard and matching hat, and now Priyanka Chopra appeared on the red carpet in an ultra-glam gown with exaggerated fringe detailing on the sleeves. But that’s not the only statement-making element.

Taking a page from J.Lo’s 2000 Grammys playbook, Chopra’s dress features a deep V neckline that goes all the way past her belly button. We have to give some serious props to her stylist for finding fashion tape that good. In addition to the plunging neckline, the dress also has an intricately embroidered train that’s just a tad bit bridal.

As for hubby Nick Jonas, he skipped the traditional black tux and opted for a slightly shimmery copper suit and matching loafers.

More than a year after throwing their extravagant and star-studded wedding in India, Chopra and Jonas are working on a reality series inspired by their wedding. Last month, Variety announced that the couple is executive producing the unscripted series for Amazon. The show, which is currently untitled, will follow engaged couples preparing for the Sangeet, an Indian pre-wedding tradition.

Chopra and Jonas previously shared footage of their own Sangeet. At the time, Chopra described the tradition “as a fierce song and dance competition between the families [that] ended, as always, as a huge celebration of love.” But according to Chopra’s brother-in-law, Joe Jonas, the Sangeet was a lot harder than it looked. He told Today that not only did Chopra’s side win, but that they “crushed” the Jonas family.