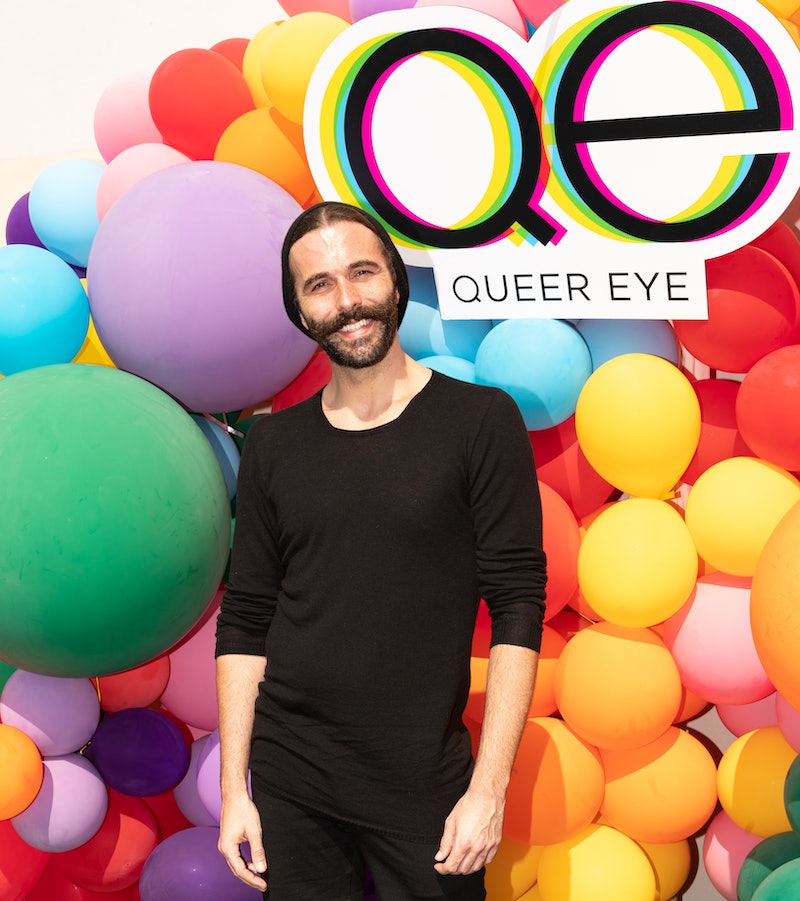 Someone's definitely having an ice day. Queer Eye's grooming guru Jonathan Van Ness joined Netflix's figure skating drama Spinning Out, the streaming network announced on Wednesday, March 6, per Entertainment Weekly. In the upcoming 10-episode series, which is currently in production, Van Ness will play "larger-than-life figure skating coach Bruce," who, according to EW, will "have some fun confusing his clients along the way.”

True to form, Van Ness, a self-proclaimed "figure skating prodigy," celebrated the news with — what else — but a truly fab Instagram skating video. "Huge major #jvnskates news ⛸⛸," he captioned the March 5 post. "She is euphoric to announce that she has joined the cast of @spinningoutnetflix coming soon #spinningout"

In the video, the Queer Eye star, hit the ice "on this beautiful set of this new Netflix show" to show off some serious spin moves as he shared his excitement with all his social media hennys. He also promised more "spins ferosh" ahead on the series, created by Samantha Stratton.

According to Deadline, Spinning Out will center on Kat Baker (Kaya Scodelario), "an up-and-coming, high-level single skater who’s about to turn in her skates after a disastrous fall took her off the competition track." The website also provided the following description of the series, which will also star January Jones, Willow Shields, Evan Roderick, and former Olympian Johnny Weir:

"When Kat seizes an opportunity to continue her career as a pair skater with a talented bad-boy partner, she risks exposing a fiercely kept secret that could unravel her entire life. On and off the ice, Kat and her new partner will face daunting odds, injury to body and soul, financial sacrifice, and even potential mental breakdown on their way to realizing their Olympic dream."

Van Ness' more than 2.8 million Instagram followers are well aware of his commitment to the sport, as he began sharing his figure skating lesson videos on social media in recent months — and even got to rehearse with Olympic silver medalist Michelle Kwan in January, ahead of his "Road to Beijing" comedy tour. "Smack a queen in the face, my dreams are coming true left and right, and I just simply cannot believe," he wrote on Jan. 31. "My idol @michellewkwan helped me get my life together for my #RoadtoBejing tour."

Aside from Kwan, Van Ness, a former gymnast and cheerleader, has also listed Olympian Mirai Nagasu as one of his idols and even got the opportunity to interview the "first American female figure skater to land a triple axel at the Olympics," on his Getting Curious podcast last April. According to the episode description, he "chokes back tears of love and joy to get deep into the technical, artistic and political aspects of figure skating" during the podcast.

Also in 2018, Van Ness described figure skater Rudy Galindo as being a major influence in making him the man he is today. When asked by Vulture if anyone helped him find his inner diva, he responded: "The one who really Queer Eye-d me as a child was Rudy Galindo. He was the first openly gay man, HIV+, in 1995 he went to the U.S. skating championship for the first time. I can remember exactly what his costume looked like: head-to-toe in black, had white accents. He came in third in the world. It was so major."

In addition to Queer Eye returning for Season 3 on March 15, Van Ness' have plenty more excitement in store, as he goes for gold with his new Spinning Out role.