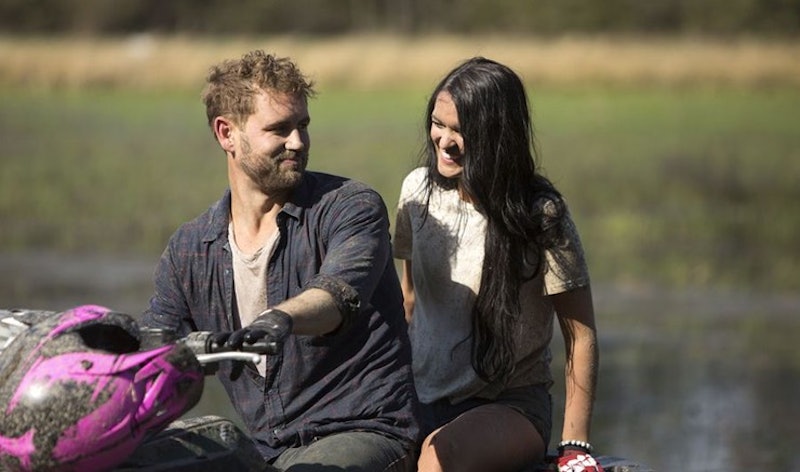 For months, Bachelor nation has been sitting on pins and needles, waiting to see which of the amazing women Nick Viall will propose to. Now down to the final two, we're even more on edge, because both Raven Gates and Vanessa Grimaldi are incredible. One attribute they share is that they both have successful careers, and though Raven's net worth isn't publicly confirmed, the fact that she owns an apparently successful business proves that she's doing quite well for herself.

Though some websites provide an estimate of Raven's net worth, none have any sources to support these figures and Raven has not publicly discussed them. But her main source of income appears to be the boutique that she owns, Grey Suede, which is in Jonesboro, Arkansas. She opened the store in May 2016, and according to its website, was employing 10 more women within a year. With a rapidly growing business, I think it's safe to say that at the ripe old age of 25, Raven is doing pretty damn well.

Things can really only go up from here, because her appearance on The Bachelor will surely bring enough publicity to boost her business. The store already has 15,000 followers on Instagram and the fact that Raven has made it this far on the show should increase that even more. And if she gets the final rose? That's another instant bump.

Being the savvy business woman that she is, Raven has already started to cash in on her Bachelor notoriety. Grey Suede's website has a quiz that will tell you which Bachelor contestant you are, along with Bachelor Bingo and workouts that go along with the episodes.

So whether or not Raven leaves The Bachelor engaged, she'll certainly have gained something from appearing on the show.