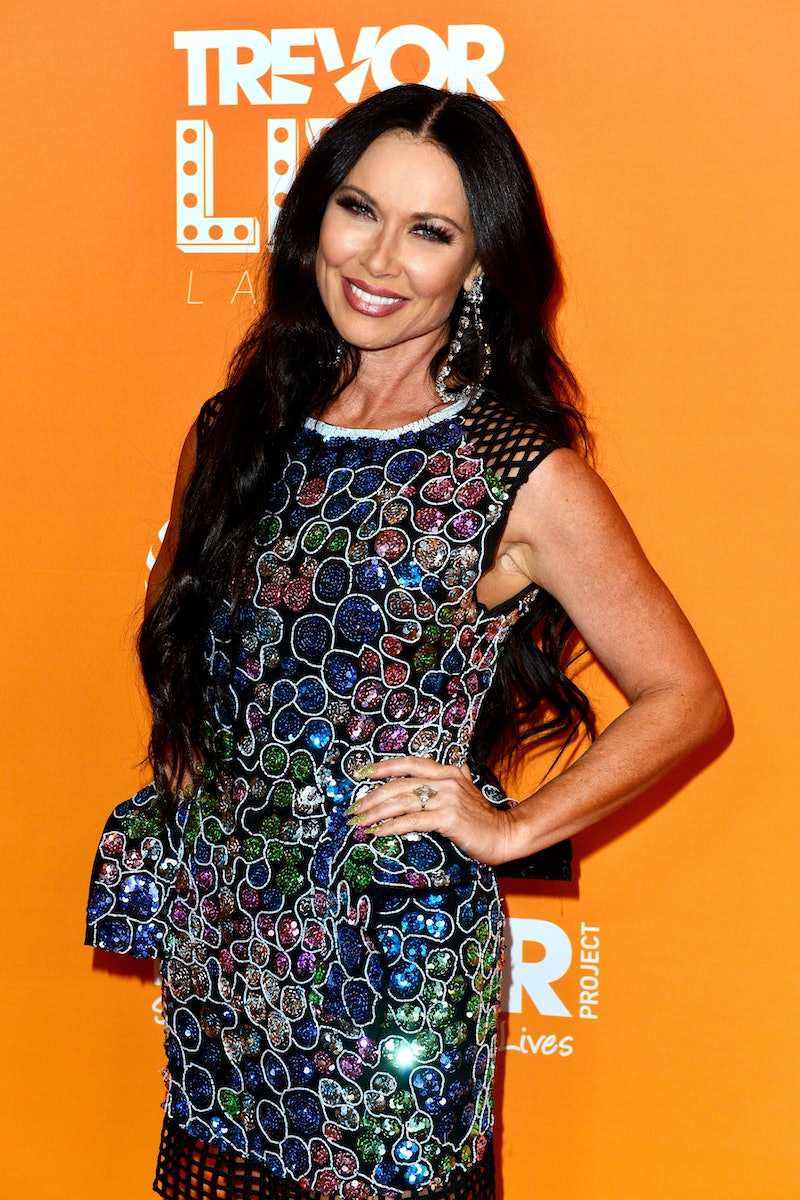 Another Real Housewife is off the market. Fans got to watch Dallas Housewife LeeAnne Locken as her relationship bloomed, even seeing her get engaged on the hit reality show Real Housewives of Dallas. On Saturday, April 27, LeeAnne Locken married her longtime boyfriend Rich Emberlin, as confirmed by People.

LeeAnne posted a photo celebrating the special day on Instagram. She captioned the snap from her rehearsal dinner the night before, "Happy WEDDING DAY....Today I marry my #bestfriend and #soulmate ....#blessed#lockenrichdown#leeanneandrichgettinhitched."

Details from the day have also emerged, and LeeAnne's "true Texan" roots shine through. The ceremony took place in Dallas, of course, in the Cathedral of Hope where LeeAnne reportedly walked down the aisle in an emerald-colored tiara, earrings, long veil, and gown by Texas-based designer Nardos Imam, per People. It's unclear which of LeeAnne's fellow Dallas housewives secured invites, although something tells us frenemies Brandi Redmond and D'Andra Simmons' invitations may have gotten lost in the mail.

LeeAnne told E! News back in October that she had no qualms about leaving cast members off of her guest list, choosing to prioritize her happiness over everything. "If you cannot be happy for me, then I do not want you to be around for the happiest moment in my life," LeeAnne declared. "And it's my day. I just want to be happy. If you want to show up at the reception and throw shade, I am not opposed to getting scrappy in my dress. But my wedding in God's house will be respected and held to the highest standard."

It makes sense that LeeAnne would be super protective over her big day, as her road to the altar with Rich has been a long time coming. The couple has been together for 10 years, with Rich proposing to LeeAnne during Season 2 of RHOD. During last October's Texas State Fair, LeeAnne spotted a 10 carat engagement ring behind a red balloon in a balloon popping carnival game.

Luckily, since viewers got to see LeeAnne and Rich, who has worked with the Dallas Police Department for decades, get engaged there's a good chance the wedding will be seen next season, too! Last August, while on Bravo's The Daily Dish podcast, LeeAnne shared that the wedding would be televised. "Yes, I have always said that I would share [my wedding] with our audience because I feel like I've taken them down the journey of watching me get engaged on camera," LeeAnne explained. "The wedding is a ceremony that I think people should get to enjoy. I mean, I want you to see if I get nervous or, god forbid, I trip in my wedding dress or my flowers die in my hands as I'm walking down the aisle or lightning strikes me and the whole church burns up. Yeah, I want to share all that."