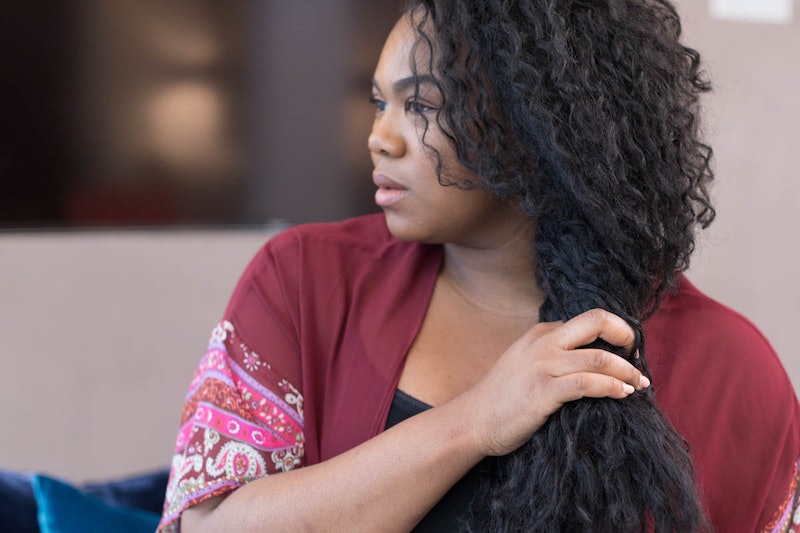 Every year we "celebrate" Equal Pay Day, which represents how long women would have to work to earn as much as their male peers did in the past year — Equal Pay Day in the U.S. is currently April 10, or an extra 99 days per year. And every year, people come out of the woodwork insisting that the data on the gender pay gap, which currently estimates that women earn around 80 percent of what men earn on average, is wrong, for various reasons. Some of those reasons are silly ("it's a liberal conspiracy!"), but others are a little bit more insidious — insisting that reasons for the gender pay gap have to do with women's choices, or because of "differences" between men and women. And one of the loudest objections, that women earn less than men because they simply do "different kinds of work," has now been thoroughly disproven by new research.

This is one of the oldest arguments in the book against the idea that women earn less than men because of entrenched patriarchal ideas about women's worth in the workplace. Women, according to the logic of this myth, come away with less money at the end of the working year not because they're being discriminated against, but because they "naturally" gravitate towards work that pays less, including "caring" professions like nursing and teaching.

These professions tend to, indeed, be paid less than others, and are by and large female-dominated, but that this seems to reflect a lower societal value placed on work that's seen as "female." But there's another factor here, and it's one that the new study, from Rice University, puts to bed. Women gravitate towards all kinds of professions, their research shows — part-time work actually plays a lower role in the wage gap than it did ten years ago. And whether they're in nursing or law, they earn less than men in the exact same positions with the exact same experience.

This gender gap applies across industries, and within them. "Jobs that are unconsciously coded male have more prestige and pay than jobs that are coded female," noted the Harvard Business Review in 2018. "This is why a custodian or a janitor (usually a man) gets paid more than a maid or a 'cleaning lady'." Women aren't being properly rewarded regardless of their position, or their industry.

So if the real issue isn't that women tend to pick "lower paying" work, what is? A study earlier in 2018 provided another explanation for the prevalence of the gender wage gap, which also has its roots in gender discrimination — childcare. The data examined the gender wage gaps in both Denmark and the U.S., and Denmark's comprehensive healthcare and maternity leave. The thing that causes the problem in both countries, the study notes, is that women are expected to take on the bulk of childcare for the remainder of the child's life.

That means that after maternity leave ends, they start being employed in work with more flexible schedules and fewer hours. The result? An earnings dip of around 20 percent. And this may also extend to women of childbearing age, even those with no intention of having a kid; even though it's illegal, they may be overlooked for promotion or advancement in the expectation that they'll soon be pregnant.

Men, meanwhile, tend to earn more if they become fathers; one study in 2016 found that dads in full time work saw an earnings spike of 21 percent, as they take on more hours and are seen as more "responsible" by others. So the problem over the long term isn't just women being paid less than men for doing the same job; it's societal expectations that the dad will "provide" while the mother does the majority of the childcare.

Better childcare for everybody, and less judgement of women who choose to go back to work and men who'd like to be primary caregivers (or couples who balance things equally), is one of the biggest things we can do to make the wage gap smaller.

More like this
Who’s The Richest 'Grey’s Anatomy' Star? See The Net Worth Of Each Cast Member
By Hugh McIntyre
Shonda Rhimes' Net Worth Makes Her One Of The Wealthiest People In TV History
By Hugh McIntyre
How Much Are The 'Schitt’s Creek' Stars Worth?
By Hugh McIntyre
What Is Miles Teller’s Net Worth? The 'SNL' Host's Bank Account Is No Joke
By Meg Walters
Get Even More From Bustle — Sign Up For The Newsletter