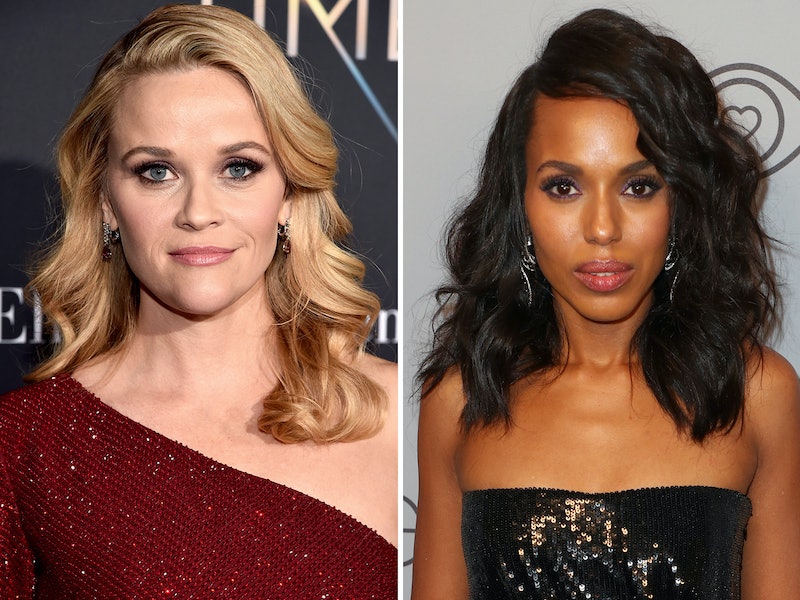 Start getting excited, because Celeste Ng's latest novel is coming to television as a limited series, according to Variety. But the good news doesn't stop there: Reese Witherspoon and Kerry Washington are the ones adapting Little Fires Everywhere for TV. Both actresses are executive producing for Hello Sunshine and Simpson Street, and both women will star in the series as well, with Ng set to produce. THR says the announcement of the upcoming series "has sparked a frenzy among TV buyers," all of whom want a piece of one of 2017's most lauded books.

Set in the mid-1990s, Little Fires Everywhere traces the events leading up to a house fire in the seemingly perfect neighborhood of Shaker Heights, OH. The tension begins when single mother Mia Warren and her 15-year-old daughter Pearl move into a rental home owned by Bill and Elena Richardson, the picture-perfect white couple with four teenage children, including arson-suspect Izzy. When the rental burns down 11 months later, Izzy, Mia, and Pearl are nowhere to be found. Captivating Shaker Heights' interest in the meantime is the custody battle raging between a white couple and the immigrant mother of the Chinese-American baby whom they have raised for the last year.

Little Fires Everywhere was voted one of the year's best books by Harper's Bazaar, Kirkus, and The Washington Post. It also won the Goodreads Choice Award for Fiction in 2017.

The Little Fires Everywhere TV adaptation will be Washington's first project after Scandal. The acclaimed Shonda Rhimes series, for which the actress has received multiple awards and nominations, will wrap up with the end of its seventh season in April. Washington previously executive produced HBO's Confirmation, and is currently working on the Alyson Hannigan-starred pilot Man of the House.

Witherspoon also has a lot on her plate this year. In addition to filming the second season of HBO's Big Little Lies, she will be heading up projects with Jennifer Aniston, Kristen Wiig, and Octavia Spencer on Apple. And, of course, you can catch Witherspoon in Ava DuVernay's film adaptation of A Wrinkle in Time, which hits theaters on Mar. 9.

Liz Tigelaar will serve as showrunner on the limited series, which is currently being shopped to networks by ABC Signature Studios. Tigelaar's previous credits include Once Upon a Time, Bates Motel, and Life Unexpected.

Because the Little Fires Everywhere limited series has yet to be picked up by a network or streaming service, it's difficult to say when you'll be able to see Ng's novel unfold on-screen, but it's sure to be great watching once it arrives.