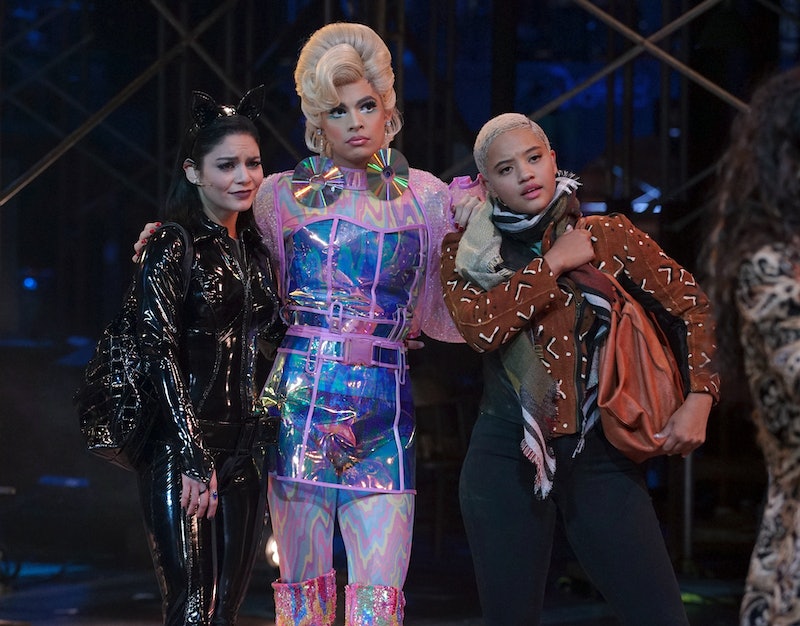 Live Broadway musicals are a big business on network television now. There was Sound Of Music, there was Grease, there was A Christmas Story, there was Jesus Christ Superstar (which was the best one), and now, Rent is getting its own shot on TV. One of the seminal shows of the 1990s, Rent has certainly earned its place on the small screen. As with anything, though, people will talk, and that made for plenty of Rent: Live memes and tweets, some of which were good, and some of which were, well, not.

Rent: Live was a long time coming to television because Julie Larson, sister of Rent creator Jonathan Larson, wanted to make sure the planets aligned before production started. "We held back and wanted to wait until it felt like it was the right mix of people, the right timing of what we were going to be able to do, and be authentic to Rent and still bring it forward and expand it for this generation, and have the flexibility to do all that," she told The Hollywood Reporter. It took a few years to get the ball rolling, but Larson grabbed original members of the stage production like director Michael Greif and costume designer Angela Wendt and pressed forward.

And by the time it finally made its way to screen, people had a lot to say.

It's hard to sing along when all the words are different.

Some Were Annoyed That It Was Only Half-Live

It's called Rent: Live for a reason, no?

And Some Loved (Maybe) The Industrial Set

They just basically lifted it from Jesus Christ Superstar.

Of Course, There Were Comparisons To Other Shows

One Of The Assemble Cast Looked Familiar...

The "Rent" Puns Rolled In

The Fans Were Hard To Impress Re: The Vocals

It is a live musical, so aren't all of the vocals supposed to be amazing?

OK, they are romantic #goals.

Someone Had To Poke Fun At Roger's Big "Break"

They Changed 'Seasons Of Love' Without Permission

You can't mess with such an iconic song. You just can't.

While it's easy to find fault with the stage changes and production issues with Rent: Live, credit has to be given where it's due — the actors, producers, directors, and the rest of the crew put on one heck of a show. Live television is the hardest thing to do in Hollywood, but live television with an iconic musical that millions of people around the world love and know by heart? Talk about big britches. Big applause is deserved by everyone involved with Rent: Live, because they did it! They put on the show. Now, when's the next live musical? Anyone taking suggestions? Theater nerds around the world have plenty of ideas.

More like this
Twitter Is Freaking Out Over Rihanna’s 2023 Super Bowl Halftime Show Announcement
By Stephanie Topacio Long
Twitter Is Praising George & Charlotte's Attendance Of The Queen's Funeral
By El Hunt
Why Did Lace's Fake Her Birthday On 'Bachelor In Paradise'?
By Kadin Burnett
Bachelorette Gabby Kissed Her New Fiancé On 'Dancing With The Stars'
By Jake Viswanath
Get Even More From Bustle — Sign Up For The Newsletter