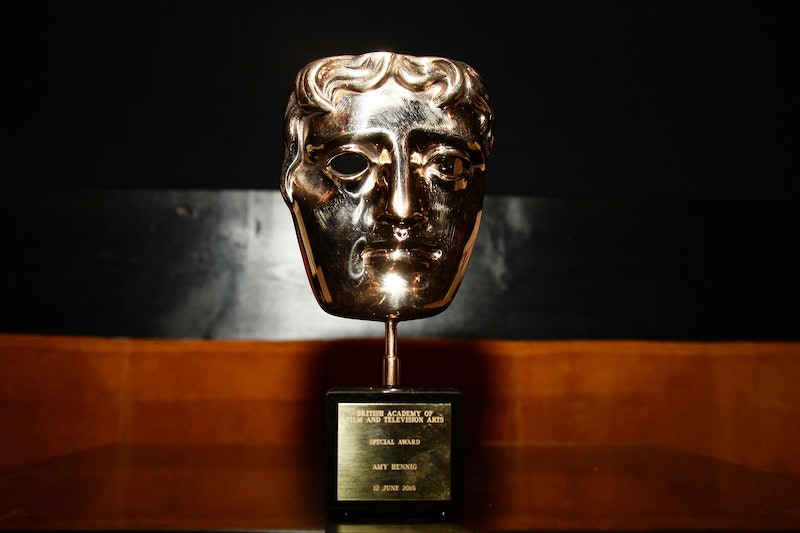 Let's hear it for the BAFTA! In a bold and much-needed move, the British Academy of Film and Television Arts announced that as early as 2019, films that do not demonstrate diversity in production won't be eligible for the Outstanding British Film or Outstanding Debut by a British Writer, Director, or Producer awards at the BAFTAs. This annual award ceremony is known as the "Oscars" of the U.K., so the steps they are taking are huge and also incredibly important. It's about time actions like this were taken because required diversity in awards shows can create real change in this currently white-washed industry (I'm looking at you #OscarsSoWhite, do you see me?)

The BBC reports that in order to be eligible for one of their most prestigious a awards, films must showcase diversity progress in two out of four areas: on-screen characters and themes, senior roles and crew, industry training and career progression, and audience access and appeal to under-represented audiences. These requirements match the diversity standards of the British Film Institute for films they fund and projects they support.

The organization is also removing the requirement that newly admitted voters be nominated by two existing members, which aims to limit nepotism in the industry or as a statement from the organization put it, "ensures that it's only talent, and not also who you know, that enables BAFTA membership."

If the BAFTAs are taking steps like this, we can hope the Oscars and other awards shows will soon follow suit. This action really makes American awards shows, specifically those voted on by the Academy of Motion Pictures Arts and Sciences look heartily behind the times. Of course, this isn't the end-all, be-all diversity fix — there's bound to be filmmakers who find loopholes or simply don't care about winning BAFTA awards when there's other (seemingly less interested in diversity) awards out there. But it's truly a step in the right direction.

Awards mean acclaim, acclaim means more work, and more work means "dolla, dolla bill, ya'll." Filmmakers understand the value of a dollar just like the rest of us working stiffs, so we can assume that despite the challenges, they'll make it work to clinch the golden mask of the BAFTA.

This move, nay statement, by the BAFTA is the sort the world of entertainment (and honestly, the whole world) could use. No matter who you are or where you start, every person should be able to rise to the top if they work hard. Kudos to the British Academy of Film and Television Art for making it a little easier!

More like this
Remember When Benedict Cumberbatch Announced His Engagement In A Newspaper Ad?
By Hugh McIntyre
Tom Cruise Gives His Honest Review Of Lady Gaga’s New Song For 'Top Gun: Maverick'
By Hugh McIntyre
Regina King Puts Her Career, Family, & Friends Before Romance
By Jake Viswanath
Sandra Bullock, Girlboss Extraordinaire
By Matt Harkins & Viviana Olen
Get Even More From Bustle — Sign Up For The Newsletter