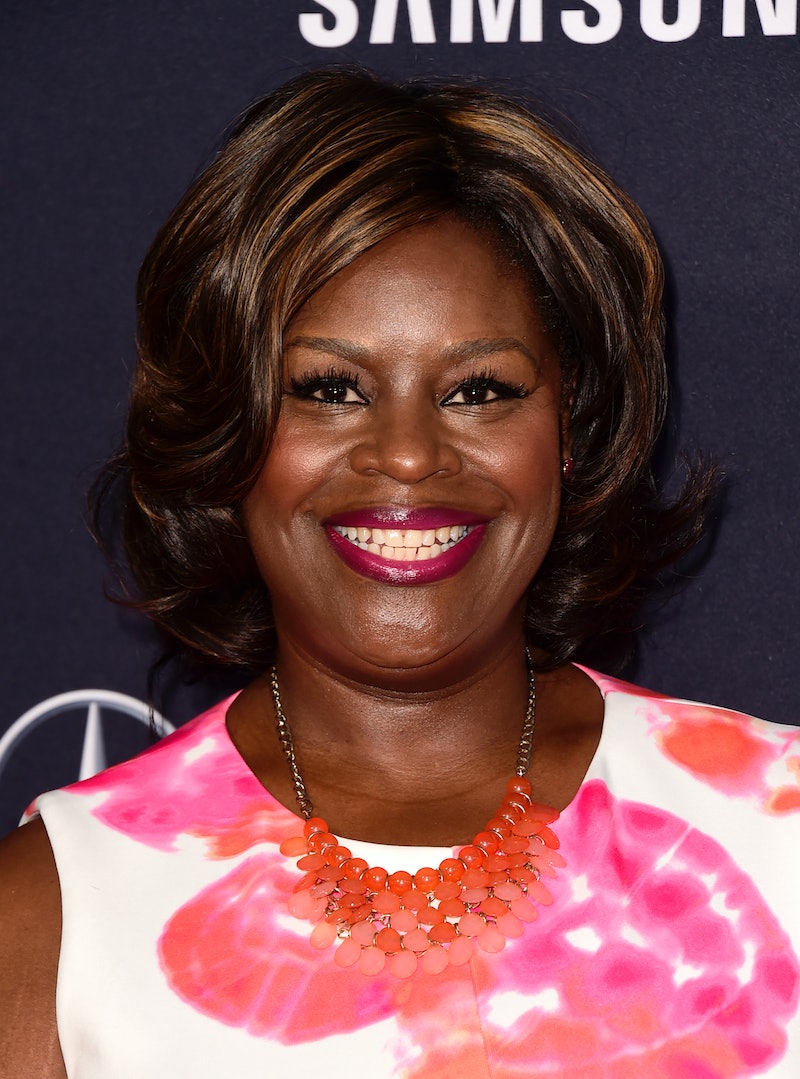 NBC has a a new drama on the horizon, and it's just found its final lead: Retta has joined the Good Girls cast, according to TVLine. She joins Parenthood alum Mae Whitman and Episodes' Kathleen Rose Perkins in the forthcoming drama from Jenna Bans (Scandal, Grey's Anatomy). The show reportedly follows three "good girl" suburban housewives who suddenly find themselves in desperate circumstances, forcing them to take some risks in order to restore their power.

Deadline reports that Perkins plays the ringleader of the group, a frazzled mom named Beth who discovers her husband, Dean (Matthew Lillard), is having an affair. Angry, dispirited, and fed up with her life, Beth recruits her best friend Ruby (Retta) and younger sister Annie (Whitman) to rob a supermarket. Retta's character is a smart, protective wife and mother who goes to great lengths to care for her 11-year-old daughter, Sara, who has kidney disease and isn’t getting the treatment she needs at the local clinic.

It's a bit of a shift in direction for the Parks and Recreation vet, who's spent most of her career on the comedy circuit. She first rose to fame as the ever-sassy, always classy Donna Meagle on Parks and Rec, going on to nab a part as Abby's (Lisa Edelstein) SheShe co-worker, Barbara, in Bravo's Girlfriends' Guide to Divorce, where she currently stars.

Retta has also been frequenting the big screen: Last year, she appeared alongside Jesse Plemons and Molly Shannon in the darkly funny Other People, and with new co-star Whitman in Logan Kibens' Operator. So yeah, she has quite the history in comedy.

But hey, I'll take it — Donna Meagle was always a savage, and though that character never had kids, she would've made one fierce mother. Plus, it's always nice to see women who aren't afraid to challenge themselves, and something tells me Retta could command any role that comes her way. If she nails the part like I think she will, this could be the show that kicks her career into overdrive. Count me in.

More like this
Alan Carr's 'Changing Ends' Is A Witty Sitcom Based On His Own Life
By Darshita Goyal
Melanie Lynskey Plays A “Ruthless Leader” In 'The Last Of Us'
By Brad Witter
Pedro Pascal Barely Got Through The "Lisa From Temecula" 'SNL' Sketch
By Stephanie Topacio Long
The Plane Crash In 'Dear Edward' Is Based On A 2010 Tragedy
By Grace Wehniainen
Get Even More From Bustle — Sign Up For The Newsletter
From hair trends to relationship advice, our daily newsletter has everything you need to sound like a person who’s on TikTok, even if you aren’t.