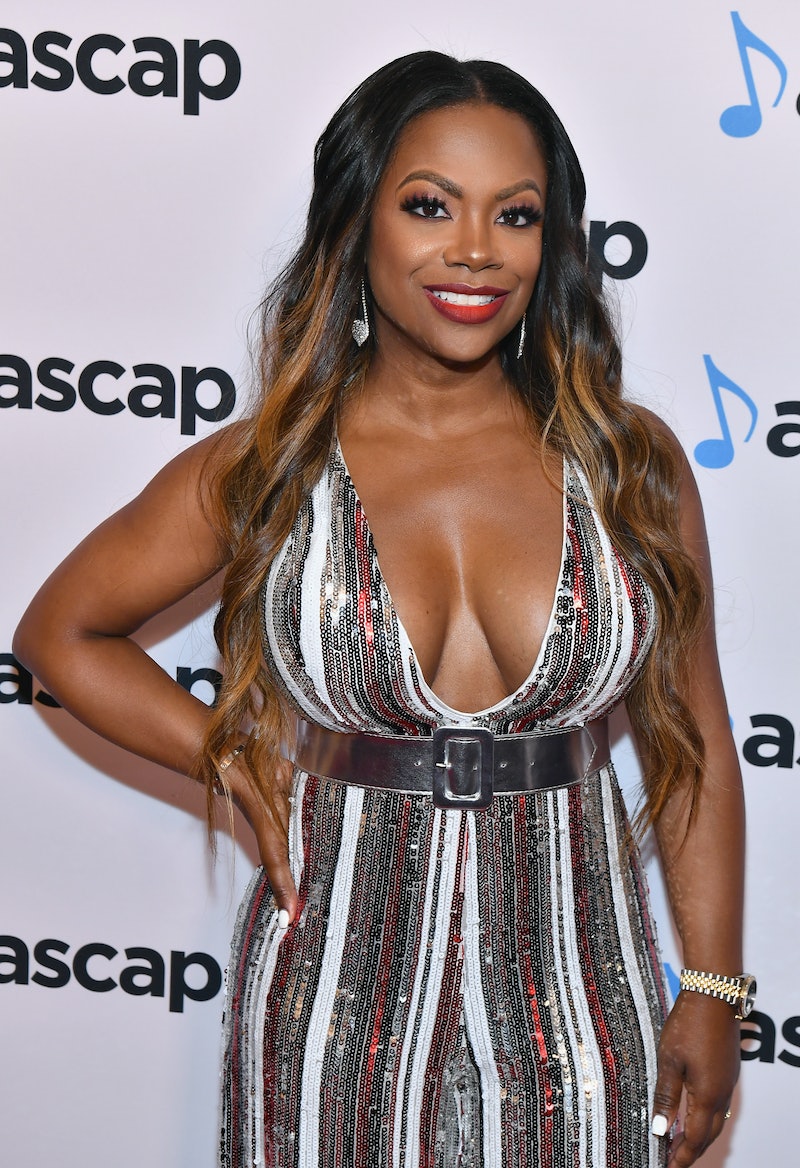 The artist behind what may be the best ringback tone in the history of reality TV has songwriting credits on yet another huge single. Real Housewives of Atlanta star Kandi Burruss is a co-writer on Ariana Grande’s “Break Up With Your Girlfriend, I’m Bored,” and duh, the song is a smash. And duh, the Xscape singer is quite pleased. (Also, if you haven't heard Kandi's "ring-a-ling-ding-ding" ringback tone, you have not lived.)

For posterity, a quick pop music history lesson: The third single off of Thank U, Next interpolates a piece of *NSYNC track “It Makes Me Ill." "It Makes Me Ill" appears on *NSYNC's sophomore effort, No Strings Attached, is a perfect song, and was co-written by Burruss. And so, the Celebrity Big Brother contestant is one of the writers listed on "Break Up With Your Girlfriend, I'm Bored."

When Entertainment Tonight asked Burruss about "Break Up With Your Girlfriend, I'm Bored" after the Celebrity Big Brother finale, she said she feels "like a winner" even though she was evicted on the final day of the show. And it's all thanks (u next) to a new Grande tune. The veteran Real Housewife explained,

“I still feel like a winner, 'cause if you can come out of the house and have a No. 1 record on the radio, thank you! Thank you to the writers, they sampled the song I wrote for *NSYNC years ago, ‘It Makes Me Ill.' That made me a writer on the new Ariana Grande song, and it’s No. 1. Ow!”

“Break Up With Your Girlfriend, I’m Bored” debuted at No. 1 on the Official UK Singles Chart, sending Grande's jam "7 Rings" to No. 2. (Oh, and she just so happens to be the first female artist in the history of the UK chart to dethrone her own No. 1 song with another No. 1 song.) And hey, if the Arianators’ “boycott” of “7 Rings” goes according to plan, “Break Up With Your Girlfriend, I’m Bored” may eventually reach the top of the Billboard Hot 100, too.

The Bravolebrity who co-penned "It Makes Me Ill" and "Break Up With Your Girlfriend, I'm Bored" is no stranger to the No. 1 spot on a record chart: Burruss's group Xscape gifted us with massive hits like “Just Kickin’ It,” “Understanding,” and “Who Can I Run To,” and she also has songwriting credits on TLC’s “No Scrubs,” “Bills, Bills, Bills” by Destiny’s Child, and “Shape of You” by Ed Sheeran. All of those songs reached No. 1 on one or more music charts.

Thank u, *NSYNC. Thank u, Kevin "She'kspere" Briggs. Thank u, Kandi. And thank u, Ari for taking a sliver of the timeless work of art that is "It Makes Me Ill" and putting it right where it belongs: the top spot on a music chart.