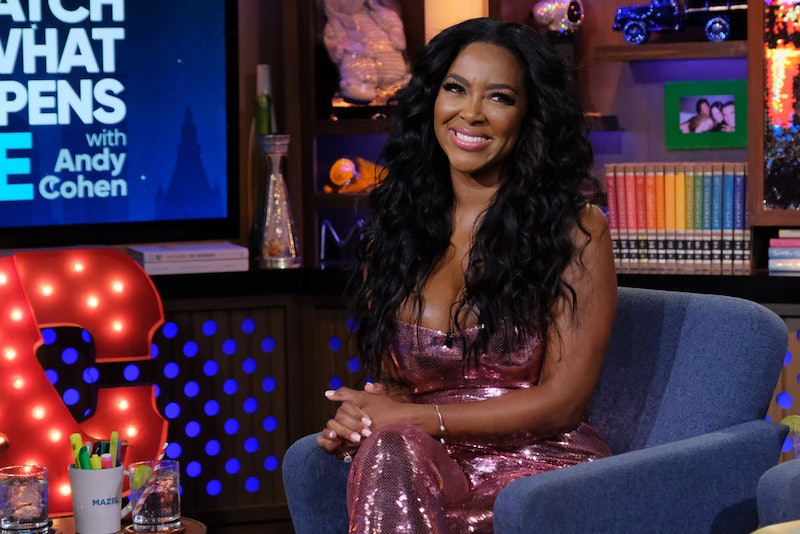 Kenya Moore's daughter Brooklyn just turned a year old on Nov. 3, but the Real Housewives of Atlanta star is already interested in expanding her family. Kenya wants to have more kids through surrogacy in the future, as she said in a in a Nov. 6 interview with Us Weekly. The reality star told the publication, that due to some complications she had during her first pregnancy, surrogacy is "probably the only way I could carry, have a child again.” When Kenya was pregnant with her daughter, she suffered from preeclampsia, which is characterized by high blood pressure and swelling.

As a result, Kenya went into labor early and had a rather traumatic delivery, which she discussed in a December 2018 interview with People. While she was in labor, doctors cut Kenya horizontally and vertically to avoid fibroids that could have caused her to bleed to death. The procedure typically takes a half hour, but for Kenya, it took three hours. As a result, the epidural wore off, so doctors gave her anesthesia to fall asleep, but when she woke up she said she thought she had died.

Kenya told the magazine, "I couldn’t see but I could hear everything. And I was trying to talk, but I couldn’t get the words out — nobody could hear me." The Real Housewife of Atlanta continued, "I thought, ‘I didn’t make it. I lost too much blood.’ I literally thought I was dead and had passed away. Because my thoughts were there, I was present. But no one could see that I was struggling, trying to wake up. It was crazy." In that People interview, Kenya said she was open to different possibilities when it comes to having more kids, including adoption.

In her Nov. 6 Us Weekly interview, Kenya shared, "Brooklyn loves other kids. I would like for her to have a playmate and someone who is like her confidant and close [friend], and I want that for her. I just don’t know [when]."

Her recent Us Weekly interview comes on the heels of her split from husband Marc Daly, which was announced in September via individual statements that they shared with People. However, it doesn't seem like their relationship is completely over, or at least Kenya seems to hope it is not. This week, Kenya revealed that she and Marc shared a kiss after Brookyln's first birthday party during an appearance on The Wendy Williams Show. In a Nov. 5 appearance on E! Network's Daily Pop, Kenya made it clear that she was keeping her rings on until they have divorced, but neither of them has filed yet. She said she had some hope for a reconciliation with her estranged husband.

More like this
Andy Cohen Apologized To Larsa Pippen After A 'RHOM' Season 5 Reunion Dust-Up
By Brad Witter
'RHOSLC' Star Jen Shah Refuses To Do A Post-Sentencing Interview With Andy Cohen
By Brad Witter and Jake Viswanath
Lenny Hochstein's “Boob God” Reputation Bolsters His Multimillion-Dollar Net Worth
By Brad Witter
Everything To Know About 'RHONJ' Season 13
By Brad Witter and Jake Viswanath
Get Even More From Bustle — Sign Up For The Newsletter
From hair trends to relationship advice, our daily newsletter has everything you need to sound like a person who’s on TikTok, even if you aren’t.