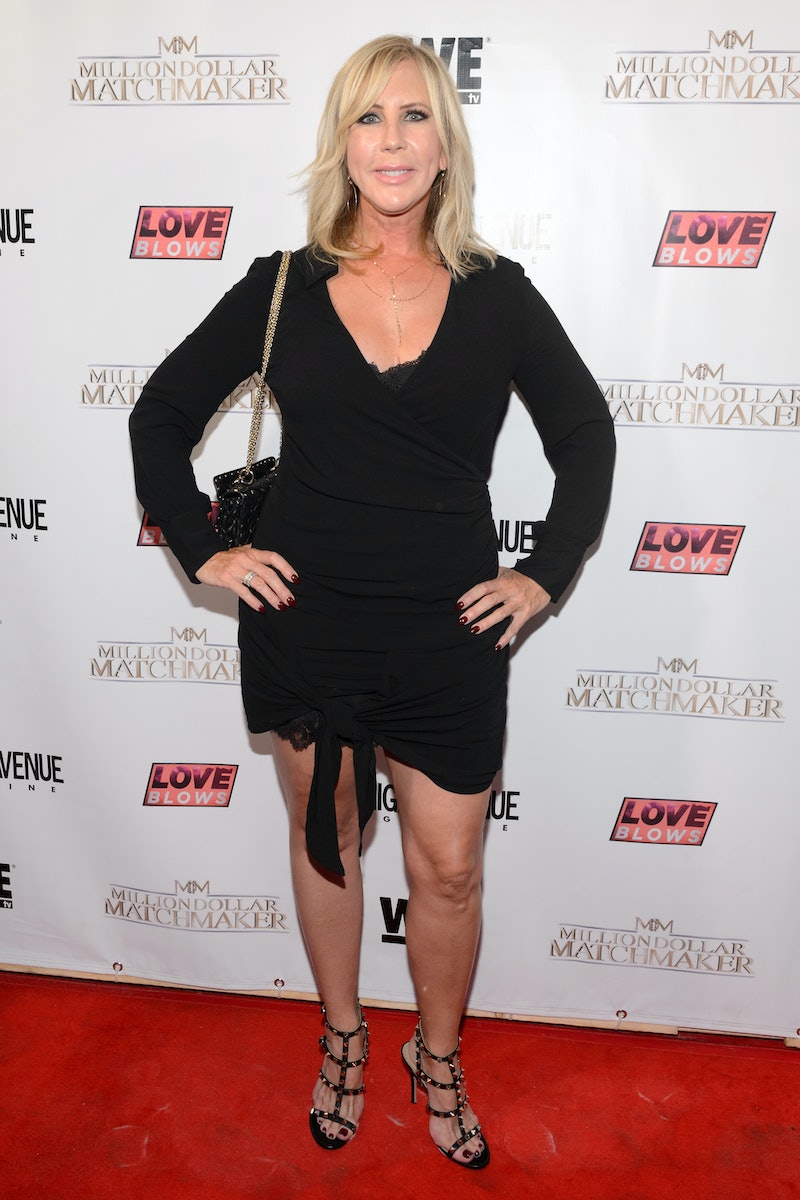 “We’re so happy,” Gunvalson told People after the news broke. “He’s an amazing guy and the proposal was perfect. I can’t wait.”

As for how Lodge proposed, Gunvalson told Us Weekly that the romantic moment all went down at their Orange County home on April 22, following a dinner and a bottle of Silver Oak wine: “So he’s doing the dishes and he sits back down and I’m like, ‘What are you doing? Why are you acting weird?’ And he’s like, ‘I love you and I want to share my life with you, will you marry me?’ … I didn’t even need to think about it!”

Naturally, there were about as many tears as you'd see at a Real Housewives reunion, too. “He cried and I cried,” Gunvalson gushed to Us. “I was like, ‘Steve this is just perfect. Let me see the ring!’ He showed it to me and it’s incredible. It’s almost flawless. 5.5 carats. It’s literally perfect. It’s gorgeous. He did it right. He said he got it in January."

In addition to asking all of their combined six children for their blessing, Lodge also made sure Gunvalson's daughter Brianna flew in from North Carolina later in the week to celebrate, according to Gunvalson. Also celebrating with the happy couple: Gunvalson's longtime friend and RHOC castmate Tamra Judge, who posted a photo of their fete on Instagram.

She wrote: "We’ve come a long way baby! 14 years I’ve known this woman. Lots of ups and downs. But we good! Today we celebrate 🥂 So happy for @vickigunvalson and @stevelodge_oc #engaged 👰🏼 🤵 #weareplanningawedding #vickisOCwedding"

Several other Bravolebrities — including Kyle Richards, Emily Simpson, Heather Dubrow, Patti Stanger, and Jenni Pulos — also shared their love in the comments section of Gunvalson's post. And, yes, even Housewives executive producer Andy Cohen sent congratulations via Instagram, writing, “And the OG of the OC lived happily ever after….. ❤💗❤💗❤💗❤”

Will the pair, who began dating in 2016, walk down the aisle on TV? Gunvalson's not opposed. “Maybe. We’ll see,” she added to People. “We might go to Vegas one day! Who knows? When it’s right, it’s going to be right. But right now I’m just happy with him and we have a great time together."

They should likely know soon, however, because she added they're not wasting any time planning the wedding. Gunvalson even added some other ideas of how and where they may whoop it up, in her interview with Us.

"We might do it in Puerto Vallarta, might do it in our backyard, might do it in a winery, we are all over the place. Might just do us and our kids, might just do a big wedding,” the COTO Insurance founder revealed. “You know, we’ve been married before so I don’t really know what we’re going to do. We’re kind of just trying to enjoy this time right now and then we’ll see.”

Congrats to the OG of the OC!