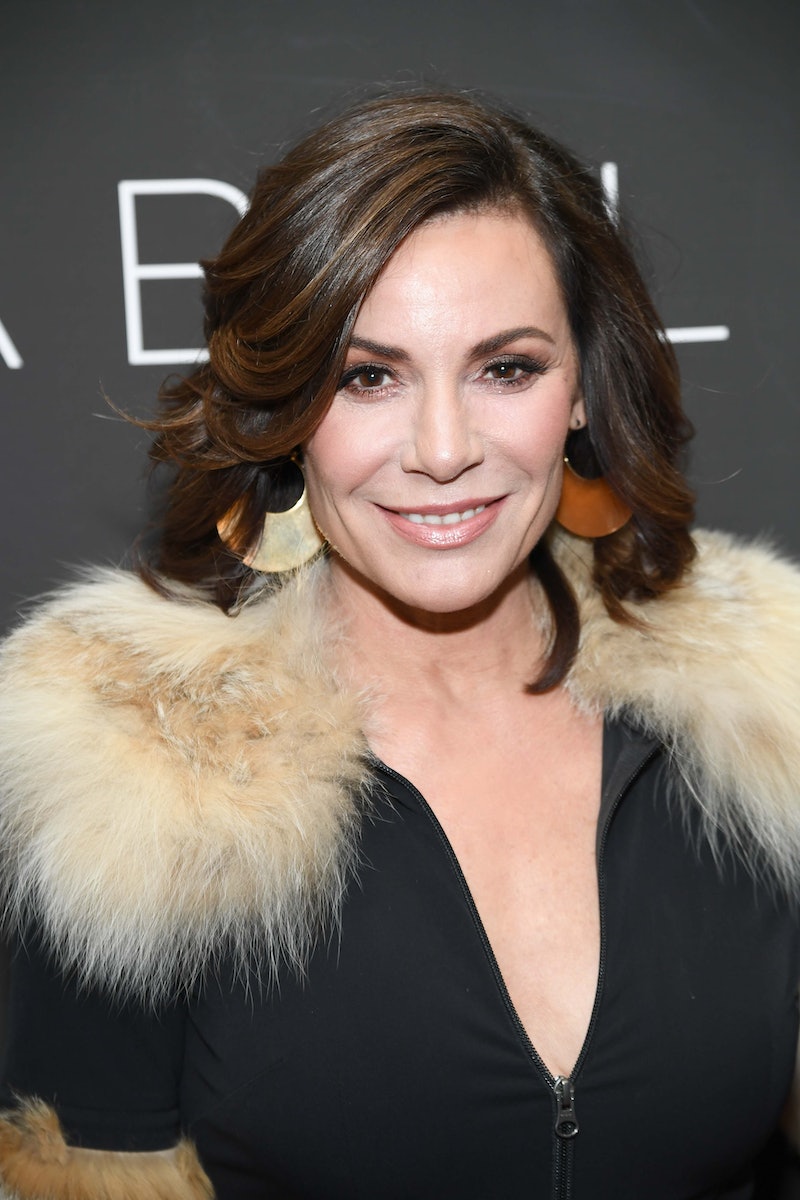 Real Housewives of New York star Luann de Lesseps' life changed in the wake of her arrest on Christmas Eve 2017 in Palm Beach, Florida. After two rehab stints and almost two years later, Luann de Lesseps is done with probation. The former countess shared the news in a very old school way: a handwritten note, but she did upload a picture of the note to her Instagram page. Lu wrote,

"Hi my friends, I'm happy to say after a long difficult year... I've made it through! I'm humbled and grateful for this life lesson and ready to put the past behind me and move on with my life. Wish me luck! Thank you for your undying support over the years! Love always, Luann."

The RHONY OG did not explicitly mention the word "probation" in the note and she didn't even include a caption, but it's actually pretty symbolic to leave that word in the past. It was confirmed by court documents obtained by The Blast that Luann has completed her one-year probation period.

In August 2018, Luann struck a plea deal to avoid jail time stemming from the Palm Beach incident. She entered a guilty please for three counts of battery, trespassing, and disorderly intoxication.

As a result, the cabaret star had to pay fines, perform fifty hours of community service, attend Alcoholics Anonymous meetings twice a week, and remain alcohol- and drug-free.

Viewers saw bits of Luann's probation during Season 11 of the show. Earlier in the season, Luann took Tinsley Mortimer to an AA meeting in New York and the two of them reflected on the experience over coffee. Luann brought Sonja Morgan to an AA meeting while the cast was on vacation in Miami, Florida. On the show, Luann made phone calls to her probation officer throughout the season and she worked in a soup kitchen to fulfill her community service requirements. She even admitted that she forgot to check in with her probation officer and blow into breathalyzer while they were taping the Season 11 reunion.

When Luann was arrested in 2017, she spent one night in jail and was initially charged with battery on an officer, disorderly intoxication, crimes against a person, and resisting arrest with violence. Soon after, Luann completed a 21-day rehab stint.

Then, Lu returned to rehab in July 2018, prompted by Bethenny Frankel, Barbara Kavovit, and other friends who put on an intervention for Luann. While Luann was in rehab, the Real Housewives of New York cast taped the Season 10 reunion. Lu gave Bethenny permission to speak on her behalf during the reunion taping. Then, Luann returned to the cabaret stage and Real Housewives of New York, and powered through some ups and downs with sobriety to make it through to where she is today.

Luann put it best when she sang, "Elegance is learned, my friends," and these most recent years have definitely been a learning experience for Luann. Now, she's moving forward and (hopefully) leaving the past behind.