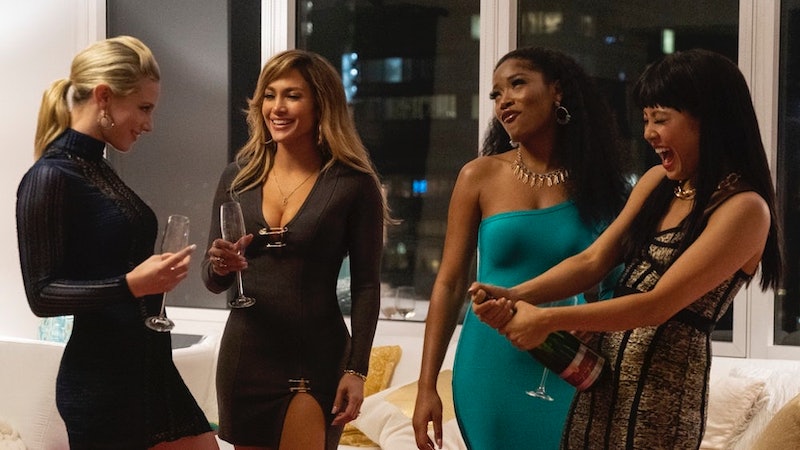 Have you ever enjoyed a movie so much you've been tempted to jump up and cheer right there in the theater? If so, you probably decided not to give into said urge because that type of behavior doesn't particularly align with proper movie-going etiquette. But fortunately, all of that is about to change thanks to something called Rowdy Hustlers Screenings, which now exist and are about to become available in Brooklyn, and other locations across the country, for a limited time. So forget everything you thought you knew about the movie theater status quo — because this event (much like the characters in the film) is about to get rowdy and break all the rules.

The screenings will take place at the Alamo Drafthouse Cinema in various locations and last for a total of four days from Thursday, Sept. 12 through Sunday, Sept. 15. According to the page for Alamo Drafthouse Cinema in Brooklyn, there's only one screening available per day and the timing varies depending upon which day you choose to go, so be sure to double check the information on the website before booking anything. But now that the boring details are out of the way, let's get to the main question that's undoubtedly on your mind right now: what exactly does a "rowdy" screening entail? The good news is that, while it's still sure to be a lot of fun, you don't have to worry about it interfering with your ability to properly watch the movie in any way.

According to the Drafthouse website, a rowdy screening is just like a regular screening with one big difference: hoots, hollers, and cheers of any kind are not only allowed, but highly encouraged. However, this doesn't mean that people participating in the event are allowed to carry on full conversations with others while the movie is going on since that would be disrespectful to the people around you.

Additionally, the strict, no cell phones policy will still apply for this event, so definitely don't think about busting out your phone to document the good times you're having. In short, the policy is pretty much to have fun, but keep it classy, which seems fair.

There will also be special menu of food and cocktails available that were specifically created for the Hustlers movie and named after its A-list stars. This includes snacks called Cardi B's Fried OKKRRRRRRRRRRRA and Lizzo's Flute as well as a delicious sounding drink called the Booty Shake, which is made up of vanilla ice cream, spiced rum, coconut cream, Monin dark chocolate and caramel sauces, and toasted coconut flakes. In other words: YUM.

Based on Jessica Pressler's New York Magazine article, Hustlers follows the story of Dorothy (Constance Wu), a struggling, single mom who begins working at a strip club as a way to make some extra income. It's here that she meets an experienced stripper named Ramona (Jennifer Lopez), who comes up with an idea of how to scam their rich Wall Street clients who treat the rest of the world like garbage.

It's the ultimate Robin Hood story that shows women taking their power (and lives) back into their own hands. If that's not something to cheer for, then what is?