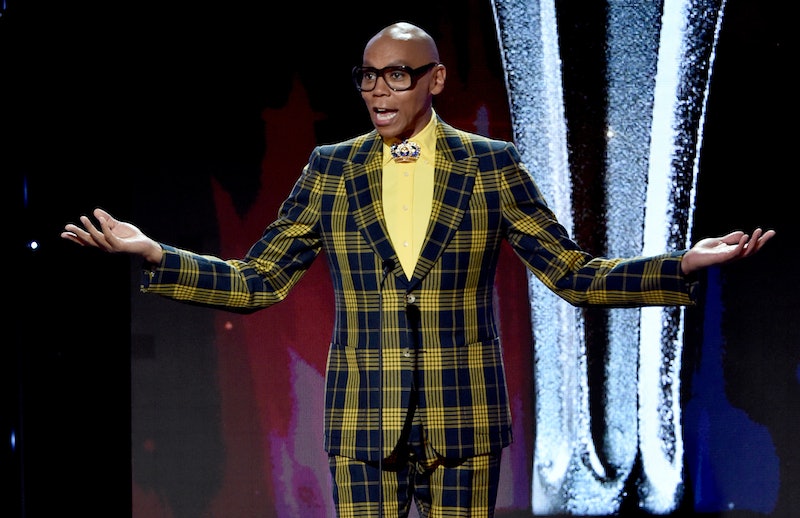 On Tuesday, Oct. 22, VH1 announced RuPaul’s Celebrity Drag Race, a four-episode RuPaul’s Drag Race spinoff where 12 celebrities will get in drag and compete against each other for the title of America’s Next Celebrity Drag Superstar. In each episode of the VH1 series, a group of three celebrities will get into drag and duke it out for the title and a cash prize, the latter of which will go to charity. The celebrities will not be left to their own devices in the Drag Race workroom, though. Instead, a bunch of RPDR fan-favorite alums will be around to show the contestants the ropes. The list of RuPaul's Drag Race legends set to help out the celebrities with dragification includes Alyssa Edwards, Asia O’Hara, Bob the Drag Queen, Kim Chi, Monét X Change, Monique Heart, Nina West, Trinity the Tuck, Trixie Mattel, and Vanessa Vanjie Mateo.

The celeb contestant roster is still under wraps, but given the long list of famous humans who watch Drag Race, there are a lot of fun options: Miley Cyrus, Andrew Garfield, Nicki Minaj, Lady Gaga, Judas Priest's Rob Halford, WWE Superstar Xavier Woods are all noted fans. The premiere date for RuPaul's Celebrity Drag Race has not been revealed, but according to VH1's statement, the series is slated to drop at some point in 2020. As Drag Race executive producer and host RuPaul said in VH1's aforementioned press release, "I can't wait for the world to see what happens when our celebrity contestants get all up in drags!”

RuPaul's Celebrity Drag Race seems like a fairly natural move for the RPDR universe. Drag Race has a lot of celeb fans, a bunch of whom have acted as guest judges. It was probably only a matter of time before Drag Race found some non-drag superstars and made them compete for the title of America’s Next Celebrity Drag Superstar. Drag Race has taken its classic drag competition reality show format, thrown in a dash of All-Stars by bringing in some beloved RPDR queens, sprinkled the Drag U element of "show non-drag queens how to do drag" on top, and added a dozen celebrities who have yet to be revealed.

Start your spinoff engines, and may the best celebrity-turned-amateur drag queen win in 2020.