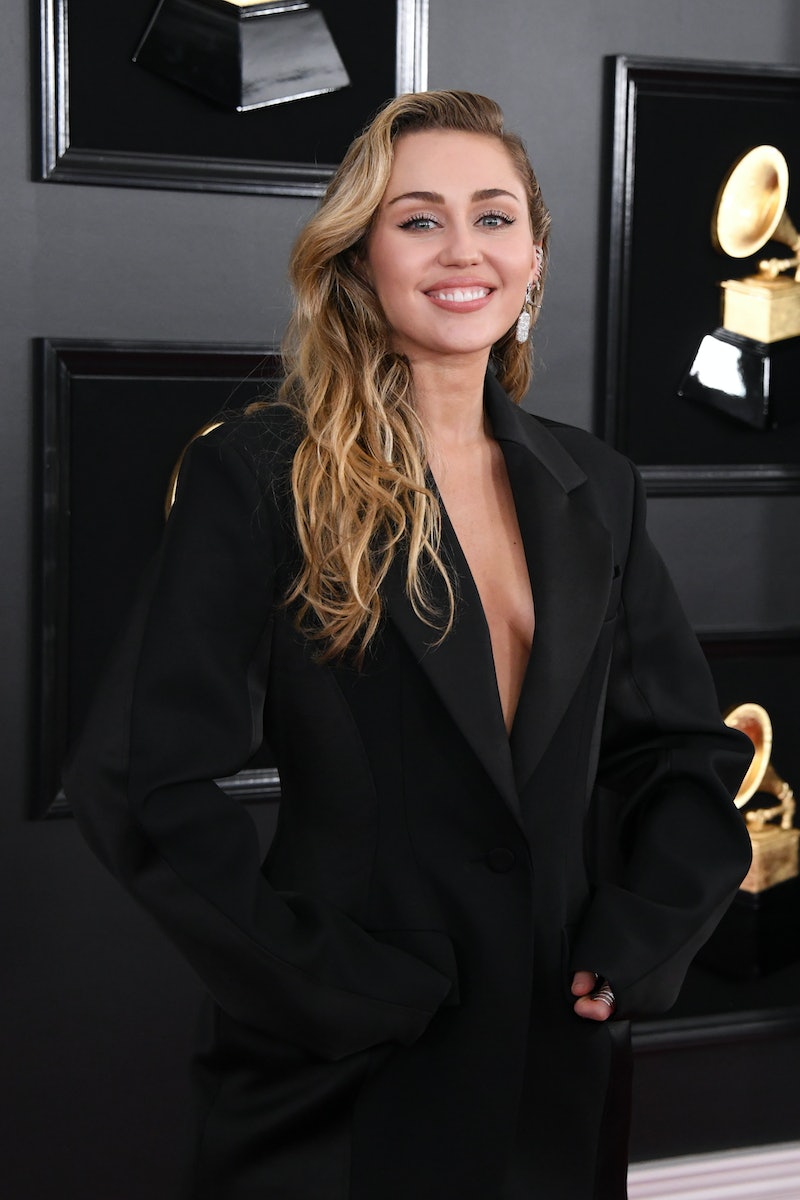 Hannah Montana’s going to bring her charisma, uniqueness, wig experience, and talent to the RuPaul’s Drag Race arena. Yes, it is finally happening: Powerhouse vocalist and longtime Drag Race fan Miley Cyrus will be on RuPaul’s Drag Race Season 11. It was announced on Tuesday that the “Nothing Breaks Like a Heart” singer will make her debut as a guest judge on the award-winning reality competition series on the season premiere. As VH1 confirmed last week, the 11th round of RPDR will kick off on Thursday, Feb. 28.

But before she takes a seat at the judges' table at the end of the runway, the former The Voice coach spends part of the premiere getting into some shenanigans. In what sounds like a task fit for Miley Stewart/Hannah Montana, Cyrus drops by the Drag Race workroom incognito. According to VH1’s press release, “Cyrus goes undercover in the workroom to spy on the new cast of queens.” The release also Ru-vealed that the first challenge involves taking materials worn by legends of RPDR past and cobbling together new ensembles.

Hm, I wonder which iconic looks might we revisit. Could we see Asia O’Hara’s breathtaking dandelion ensemble? Alaska’s pitch-perfect homage to the Lil Poundcake doll? Shangela’s incredible popcorn wig Cornacia? Raja’s gravity-defying blood bucket hat? The Club 96 set? The possibilities are endless! Whatever happens, this premiere already sounds amazing. I'm ready to put on a pair of roller skates like a Season 8 contestant about to take the runway and zip on over to Feb. 28.

It is pretty wild that this is Cyrus's first time judging on RPDR. (Then again, it ain't about how fast you get there. It's the cliiiiiiimb.) Though she's new to the Drag Race judge game, she's no stranger to this Ru-deo: Cyrus performed with several RPDR alumni at the 2015 MTV Video Music Awards, attended the Season 7 finale, and has been singing the show's praises for years. All the way back in 2010, Cyrus told Parade that though she doesn’t “really watch television at all,” she is addicted to RuPaul's Drag Race. Hey, if you're going to watch one show and one show only, RPDR is a mighty excellent pick.

Speaking of mighty excellent content, get ready to freak out with Cyrus as you watch this wonderful new teaser.

Now, if you happen to keep tabs on RPDR rumors, you might’ve encountered some chatter online regarding Britney Spears potentially acting as a judge on the season premiere that was supposedly going to air on Feb. 21. Well, now that we know the premiere will air on Feb. 28, we can say with complete confidence that the first episode of Season 11 won't be here on the 21st after all.