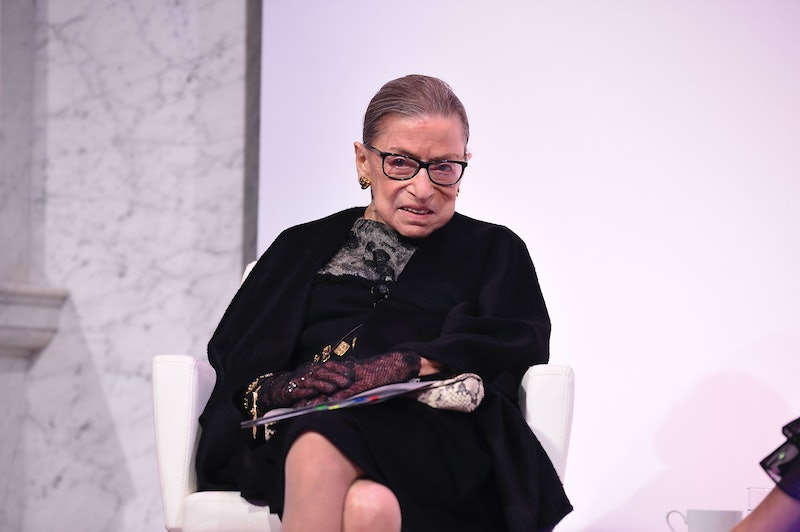 Diane von Furstenberg went to Washington — and she brought quite the entourage with her, including Hillary Clinton, Ruth Bader Ginsburg, Iman, Karlie Kloss, and Lana Condor. After years of hosting her annual DVF Awards in New York City, von Furstenberg opted to move the philanthropic event to the nation’s capital last week at the Library of Congress.

Several factors influenced the move. It’s a critical election year. 2020 marks 100 years since the ratification of the 19th amendment, which granted women the right to vote. And the evening’s top honoree, Justice Ginsburg, built her storied career in D.C. as a U.S. Supreme Court Justice.

“I’m excited to give this award to Justice Ginsburg,” von Furstenberg said. “I mean, how could you not choose her? I have always respected her, admired her, and loved her. I was so happy that she accepted this.”

Clinton presented Ginsburg with the Lifetime Leadership Award, which recognizes extraordinary women who have made a difference and helped shape history. And while Ginsburg did not wear the sparkly high heels that recently went viral, she did accessorize with netted black gloves and stacked gold bracelets for the occasion.

“Advancing the rights of women and girls is the great unfinished business of the 21st century and no one has done more to push it into reality than Supreme Court Justice Ruth Bader Ginsburg,” Secretary Clinton said. “Every step of the way throughout her career, she has sent a resounding message that — in her words — women belong in all places where decisions are being made.”

Clinton celebrated Ginsburg’s court case wins, and offered a personal anecdote about her own struggles and journey as a woman striving for equality. “I couldn’t get a credit card after I got married,” she shared. “I made more money than my husband. A common experience throughout our marriage.”

After accepting her award, Ginsburg was joined in conversation with Ria Tabacco Mar, director of the ACLU’s Women’s Rights Project, which Ginsburg herself founded in 1972. “What an incredible evening this has been for me,” the Supreme Court Justice said. “To hear about women who have taken tremendous courage and changed the world. In my long life, I have seen great changes, and that’s what makes me an optimist for the future.”

Legendary supermodel and philanthropist Iman was also honored at the event with the Inspiration Award. Iman launched her eponymous cosmetics line after nearly two decades as one of the first Black supermodels. The wildly successful brand focuses on creating shades for a wide range of skin tones that are still ignored by larger beauty conglomerates.

Iman credits von Furstenberg — who she first met in 1976 — with offering valuable guidance during her transition from model to entrepreneur. “From the beginning, she has been a mentor,” Iman said. “She understands going into business as a woman and what that means — what the pitfalls are, how to behave, how to talk to men so they understand that you know what you’re doing.”

“The DVF Awards are about celebrating, honoring, and helping women by giving them exposure and money for [the] causes they work for,” von Furstenberg said. “The criteria is they’re all women who have had the strength to fight, the courage to survive, and the leadership to inspire.”