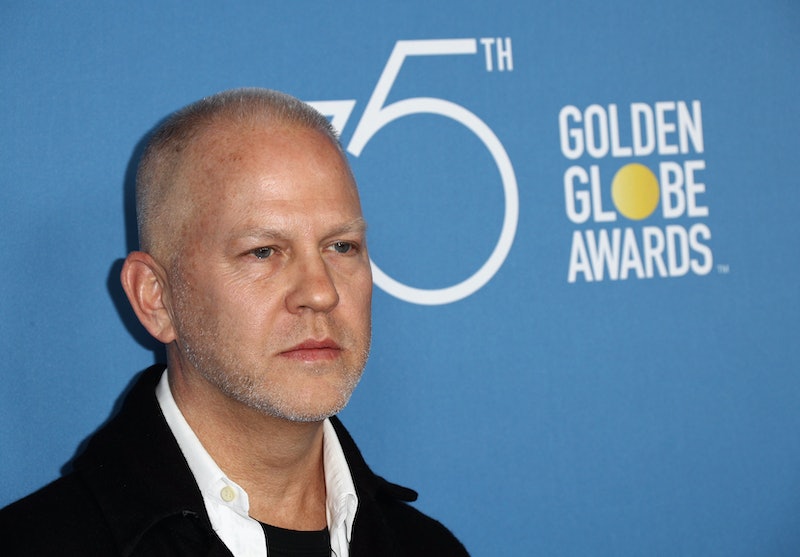 Ryan Murphy's latest TV show idea isn't what you'd expect. Apparently, the man behind Glee, American Horror Story, and American Crime Story has quite a different idea up his sleeve for a new project. Ryan Murphy wants to create a #MeToo anthology series, and the idea has some fans scratching their heads.

Murphy has never shied away from addressing difficult topics head-on in his works. The most recent season of American Horror Story dealt with the 2016 presidential election. There have been American Crime Story seasons about O.J. Simpson's trial and the murder of Gianni Versace. Still, a show about the #MeToo era seems particularly controversial — because we're still living in it. And unlike in the Trump-inspired American Horror Story: Cult, there won't be clown costumes in the proposed new project, Consent. Because of its timing and its subject matter, Consent sounds closer to real-life than many of Murphy's other projects — and part of that is terrifying.

The idea for Consent was outlined in a New Yorker feature on Murphy written by TV critic Emily Nussbaum. According to the article, the potential series would be similar in style to Black Mirror, with each episode being devoted to a different issue in the sexual misconduct sphere.

While the premise outlined in the New Yorker article certainly sounds like an interesting one, it also feels slightly uncomfortable, in theory. America is very much still at a point where it's difficult for survivors of sexual abuse to find justice. There are movements like the Time's Up initiative to help survivors, but the issue of sexual misconduct itself is still rampant. And it's not clear just who Murphy's new show would be for, or what purpose it would serve.

People who may be inclined to watch the show will likely already be familiar with the stories that have been dominating the media conversation in recent months. The Trump-inspired AHS season didn't really end with a clear point, and it probably didn't change anyone's mind about the election. What would Consent add to the #MeToo conversation? That remains to be seen, since the show appears to still be in talks — but the premise, on its face, is a bit discomforting. Some fans have already tweeted their feelings about the news, and the results seem to be a mixed bag.

If the show does end up coming to fruition, there's one point fans may not need to worry about. Several Twitter users expressed concern that the high-profile #MeToo stories aren't Murphy's to tell. And when it comes to sharing women's stories, especially those as personal as the experiences of women who have been the victims of sexual assault, it stands to reason that women should be the ones telling those stories. But while the new show would fall under the Ryan Murphy umbrella, there could still be plenty of women behind the scenes. Nussbaum writes that "each episode could have a different creator," which means there could be plenty of different perspectives shared during each episode's creation.

Murphy has shown that he's committed to hiring people from groups that have been marginalized by mainstream media in the past. Based on the the behind-the-scenes process for Murphy's upcoming show Pose, it sounds like the producer is very interested in hearing people's perspectives in order to get their stories right. Murphy told Nussbaum that there are 108 trans people working on the show in some way, whether in front of the camera or behind the scenes. So it's safe to think that if Consent does happen, Murphy would be similarly dedicated to hearing women's perspectives while deciding how to show their stories on screen.

There's another major way Consent would differ from Murphy's other shows, too. In February, fans learned that Murphy signed a partnership with Netflix, which means the new show would likely premiere on the streaming service, rather than on Fox or FX. Nothing is for sure just yet — but if the show does happen, expect it to garner plenty of attention.