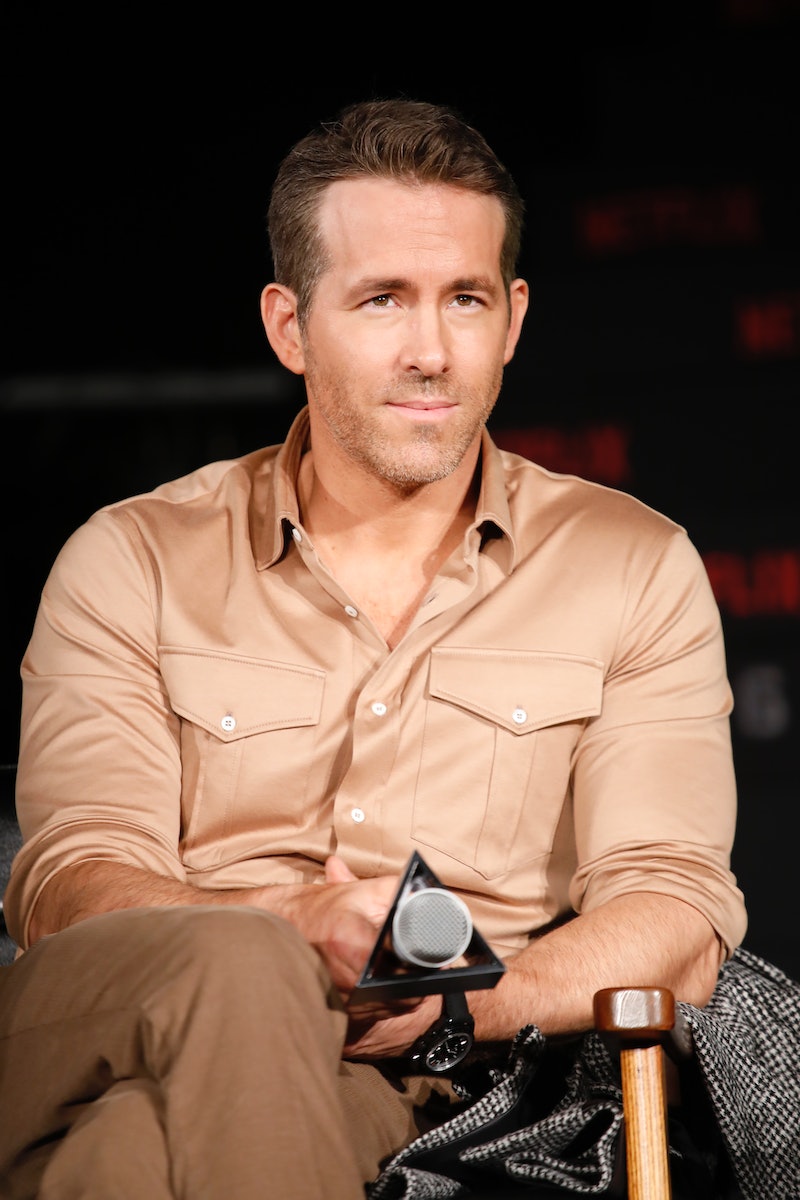 A little over a year after Deadpool 2 hit theaters, the film's star has confirmed that the merc with a mouth will indeed, return to the silver screen sometime soon. During a recent appearance on Live! With Kelly and Ryan, Ryan Reynolds confirmed that Deadpool 3 is in the works, though he declined to offer too many details about what fans could expect from the foul-mouthed superhero's next film.

"We’re working on it right now, the whole team," Reynolds said during the Dec. 24 episode of the morning show. "We’re over at Marvel now, which is like the big leagues all of a sudden," he added, referencing the March 2019 merger between Disney and 20th Century Fox, which brought superheroes like the X-Men and the Fantastic Four back into the fold of the Marvel Cinematic Universe. Primarily, the merger means that Deadpool — who is a Marvel comics character but exists in the same film universe as the X-Men — could possibly team up with some of the Avengers in his next outing.

Of course, most of the films in the MCU are a lot more family-friendly than the Deadpool movies, as the character is famous for profanity, graphic violence and pop-culture related quips. Still, fans don't need to worry about Wade Wilson cleaning up his act in Deadpool 3; writers Rhett Reese and Paul Wernick confirmed to Entertainment Weekly back in October that Marvel planned to make more Deadpool films, and keep them just as offensive and outrageous as ever.

"Marvel has promised to continue to let us play in the R-rated Deadpool universe, and the hope is that they will also let us veer into the MCU a little bit as well and play in that sandbox," Wernick said at the time. However, he also clarified that neither they nor Reynolds wanted to make another Deadpool film just for the sake of continuing the franchise. "Our feeling and Ryan’s feeling is that it’s got to be the right idea, it’s got to be great," he explained. "I think once we collectively agree what idea that great idea is we’ll be off to the races."

Reynolds has also previously stated that he's always concerned about the Deadpool franchise growing stale — in fact, in May 2018, he told Entertainment Weekly that he wasn't interested in making a third film about Wade Wilson. "I feel like the character, in order for him to function properly within the universe, you need to take everything away from him," he said at the time. "I don't think that you can keep doing that."

By January 2019, however, it seemed that Reynolds had a new idea for how to keep Wade Wilson on his toes: completely rebooting his story. Explaining that he, Reese and Wernick were "looking to go in a completely different direction," with Deadpool 3, the actor teased, "often, they reboot or change a character maybe like four movies too late." And while he gave the interview before Fox and Disney's merger, Reynolds has always wanted to see Deadpool interact with other superhero teams.

"I do see him as being a part of X-Force, obviously," he told EW at the time. "I would love to see him in a team-up sort of thing, like mano a mano or a great female character from the X-Men universe." Now, with so many more options for Marvel characters to team up with, it seems like the possibilities for Wade Wilson's new direction are truly endless.

While neither Deadpool 3 or an X-Force movie were included as part of Marvel's big Phase 4 announcement in July, it seems that whenever Deadpool does return to the silver screen, Reynolds is hoping to ensure that he brings a few new superhero friends along with him.