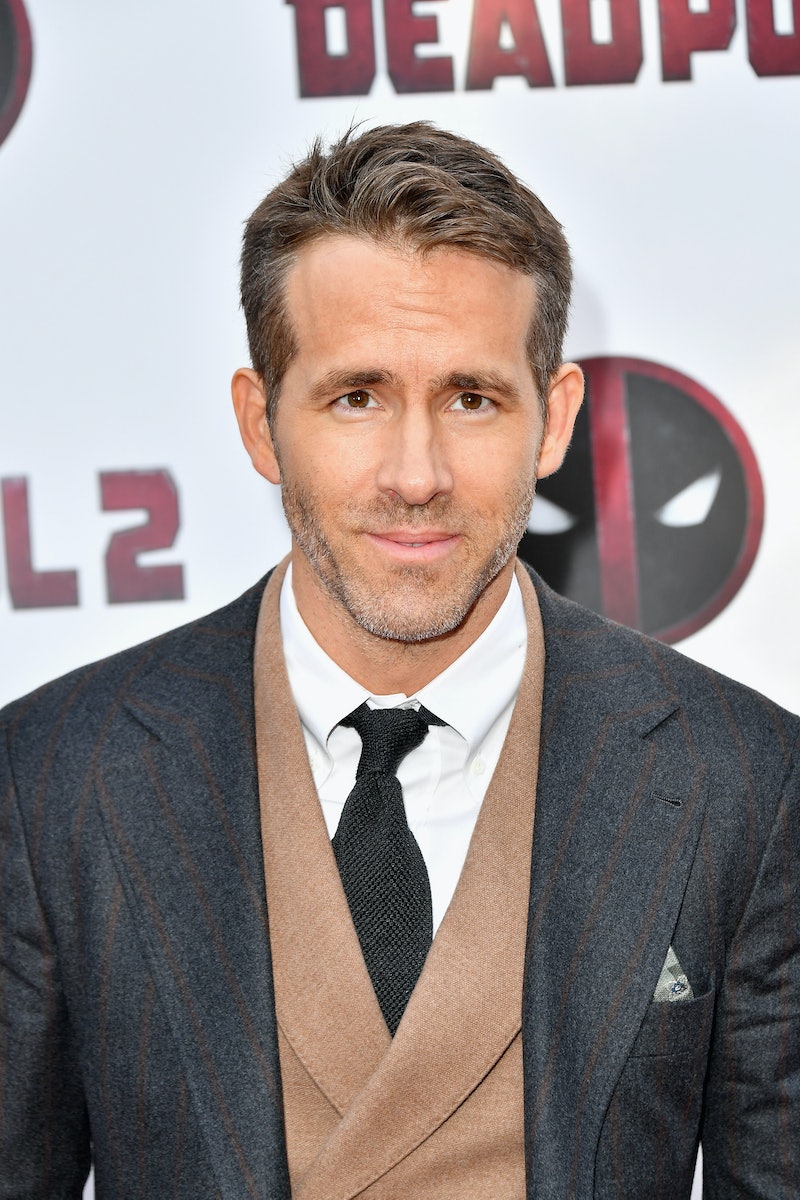 The day has finally come. He's returning to the beloved genre and Ryan Reynolds' new rom-com movie even has an action-packed element that Deadpool fans will appreciate. It's been a decade since the actor starred in a romantic-comedy with 2009's The Proposal opposite Sandra Bullock. But the upcoming Shotgun Wedding was an opportunity Reynolds couldn't pass up, as reported by Entertainment Weekly on Jan. 29, especially since it seems he'll be leaning into his hard-earned Marvel action skills.

According to EW, Shotgun Wedding is reminiscent of Reynolds' past rom-com work, but with a twist that's "more of an action-comedy edge." EW reports that the film “tells the hilarious, adrenaline-fueled story of a couple whose extravagant destination wedding is taken over by criminals. In the process of saving their families, they rediscover why they wanted to get married in the first place.”

Shotgun Wedding is promising to display a culmination of Reynolds' greatest on-screen talents fans have come to love. Lionsgate Motion Picture Group President Nathan Kahane said the project will “showcase... Ryan’s trademark wit and action chops.” For one, there's his charm and comedic timing, as displayed in Just Friends (2005) and Definitely, Maybe (2008). And of course, there's his butt-kicking skills audiences witnessed in Deadpool (2016) and Deadpool 2 (2018).

Reynolds, who will both star in and co-produce the film, is ready and enthusiastic about what the rom-com will bring to the table. “I haven’t done a romantic comedy since The Proposal but I just fell in love with Shotgun Wedding,” Reynolds said in a statement, according to EW. “It’s so refreshing and surprising. I can’t wait to bring it to life."

It's unclear how action-heavy the film will be and how much of his own stunts Reynolds will perform. In 2018, Reynolds discussed stunt work in an interview on The Project as reported by The Daily Mail, admitting, "I'm 41, so falling on cement isn't hilarious anymore." He added, "Sometimes, I'm just, 'Nope, you're going to do that.' I have two kids to protect at home. I'm going to be walking for them."

In a 2017 interview with Empire, Reynolds explained his stunt injuries and why he's reluctant to perform stunts, according to Cinemablend. "I broke a couple of vertebrae in my neck. It was a bad situation. I remember the doctor sitting in the office, it was about the seventh time I had been there that year," Reynolds explained. "He writes on a prescription pad... and it reads 'Stuntman.' Point taken."

Luckily, he's in good hands with an accomplished creative team — a handful of its members confirmed thus far have already made their mark on comedy in film and TV. The movie will be directed by Jason Moore, who also helmed films like Pitch Perfect (2012) and Sisters (2015) and served as producer on Pitch Perfect 2 (2015) and PP 3 (2017). (And talk about pulling heartstrings, Moore also directed an episode of One Tree Hill and three episodes of Dawson's Creek in the early 2000's, according to IMDb.)

Further, EW reports that Shotgun Wedding is based on an original pitch by Mark Hammer (who wrote 2014 rom-com Two Night Stand and TV series Skins) and screenwriter Liz Meriwether (who wrote 2011 rom-com No Strings Attached as well as the long-running comedy New Girl).

So far, so good. If Shotgun Wedding is anything like The Proposal meets Deadpool, fans will love it.