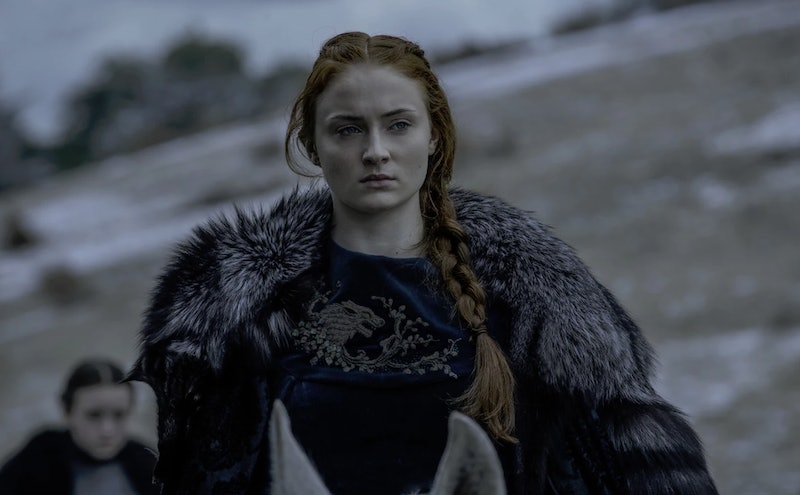 When Taylor Swift’s latest single crashed into the planet’s crust last Thursday night like a meteor that decided it was just too sexy for its shirt, the reactions were close behind. Nestled among the commentary regarding who the lyrics are about, the song’s structure, and the Right Said Fred Sample, there was a comparison drawn between the spiteful lyrics and Arya Stark’s revenge schemes (e.g., “I’ve got a list of names and yours is in red underlined/I check it once, then I check it twice”). However, she isn't the only Stark sister with a "list of names" to deal with. In the Season 7 finale, Sansa Stark had longtime antagonist Littlefinger executed, but only after rattling off all of his offenses. Look what he made her do. This is only but the tip of the Swift/Sansa ice dragon: In a clever tweet, BuzzFeed’s Louis Peitzman pointed out that seven of Swift’s singles line up with each of Sansa’s seasons of Game of Thrones.

The list begins with “You Belong With Me,” and then twists and turns until it ends up at “Look What You Made Me Do.” Unlike Sansa's nightmarish journey, this mini playlist is flat-out wonderful.

Welp. From this moment on, it will be dang near impossible to listen to “You Belong With Me” without immediately picturing Sansa in a crisp white T-shirt sitting on the bleachers of some joust tournament, pining for Joffrey Baratheon. Gross.