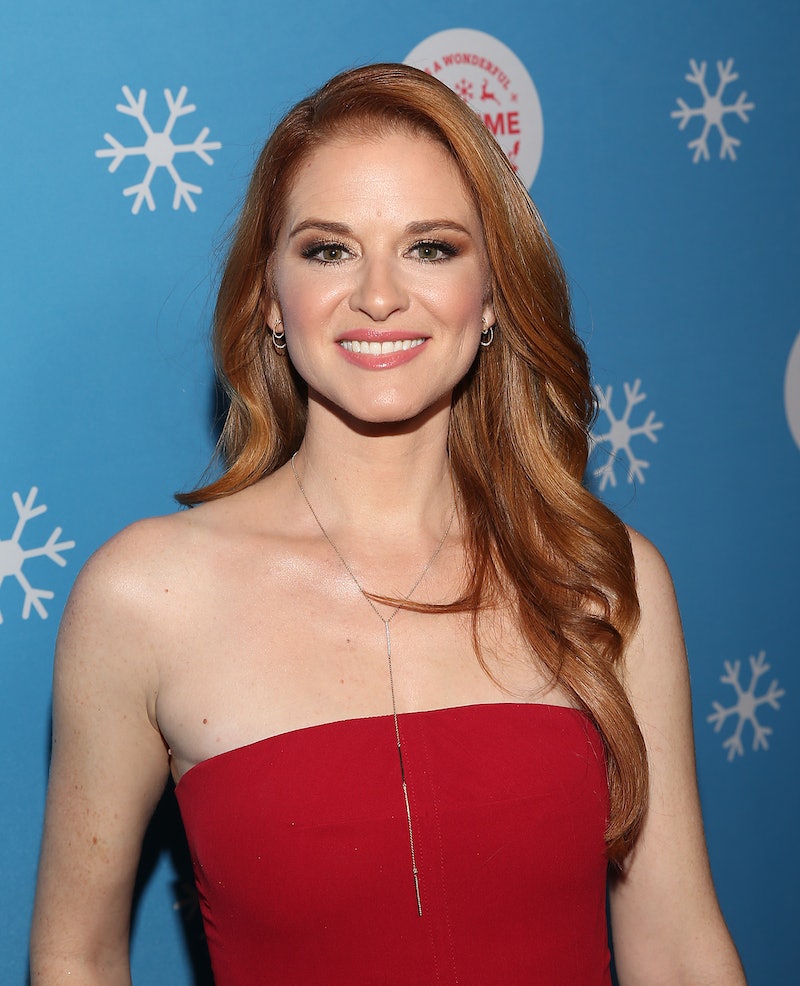 Over the course of their 16 years on the air, Grey's Anatomy has seen many familiar faces come and go from Grey Sloan Memorial, but perhaps one of the most heartbreaking exits of all belongs to Dr. April Kepner. However, in a recent interview with Entertainment Tonight, Sarah Drew teased a possible return to Grey's Anatomy in the wake of showrunner Krista Vernoff's comments about bringing a fan favorite character back to the long-running medical drama.

In September, Vernoff told ET that she was working to bring a departed character back to Grey's Anatomy during Season 16, though she refused to confirm whether or not the character in question was April. "It's an ongoing effort and if I can make it happen, it'll be exciting and if I can't make it happen, we have other exciting things happening," Vernoff said at the time. However, Drew seemed to hint that she was not in discussions to return to Grey's, but she wasn't ruling out a return in the future.

"I will never close the door on my family at Grey’s, so it just depends," Drew told ET in an interview published Thursday, Oct. 24, adding, "it’s a hard question to answer because it is not an opportunity that has presented itself." The actor did note that while "I don’t really watch" the show anymore, she still maintains a strong connection to Grey's cast, crew and — most importantly — fans. "I’m still super connected to my people over there, and the fans are awesome," Drew revealed. "They are going to be hardcore forever, and I know that, and I always get so much love from them even a year and a half after leaving the show."

Drew left Grey's Anatomy at the end of Season 14, after spending 10 years starring on the medical drama, and she hasn't watched the show since. In October 2018, the actor told Us Magazine that she had to stop watching the show because it was too difficult to keep up with the doctors at Grey Sloan memorial after leaving. "I haven't been watching [Season 15]," she said. "I think it's, you know, it's a little painful to go and watch your family move on without you."

That same month, Drew told ET that while there's always hope for a return to Grey's, fans shouldn't be expecting April to walk the halls of Grey Sloan Memorial any time soon. "I really do feel like, because of how it went down, I really had to part ways with April, I just had to," Drew said. "There was no way for me to live in a space of possibility of her returning and also be healthy in my letting go of all of it, so I really have said goodbye to her."

But, hey, if Grey's Anatomy continues for a few more seasons, perhaps enough time will pass for Drew to feel ready to come back.

More like this
'GoT' Star Emilia Clarke Says She "Just Can't" Watch 'House Of The Dragon'
By Brad Witter
A New 'And Just Like That' Table Read Pic Confirms A Key Character's Return
By Jack Irvin and Grace Wehniainen
'RHOP' Stars Robyn & Juan Reportedly Got Remarried & Filmed The Ceremony
By Brad Witter
'RHOSLC' Star Jen Shah Refuses To Do A Post-Sentencing Interview With Andy Cohen
By Brad Witter and Jake Viswanath
Get Even More From Bustle — Sign Up For The Newsletter
From hair trends to relationship advice, our daily newsletter has everything you need to sound like a person who’s on TikTok, even if you aren’t.