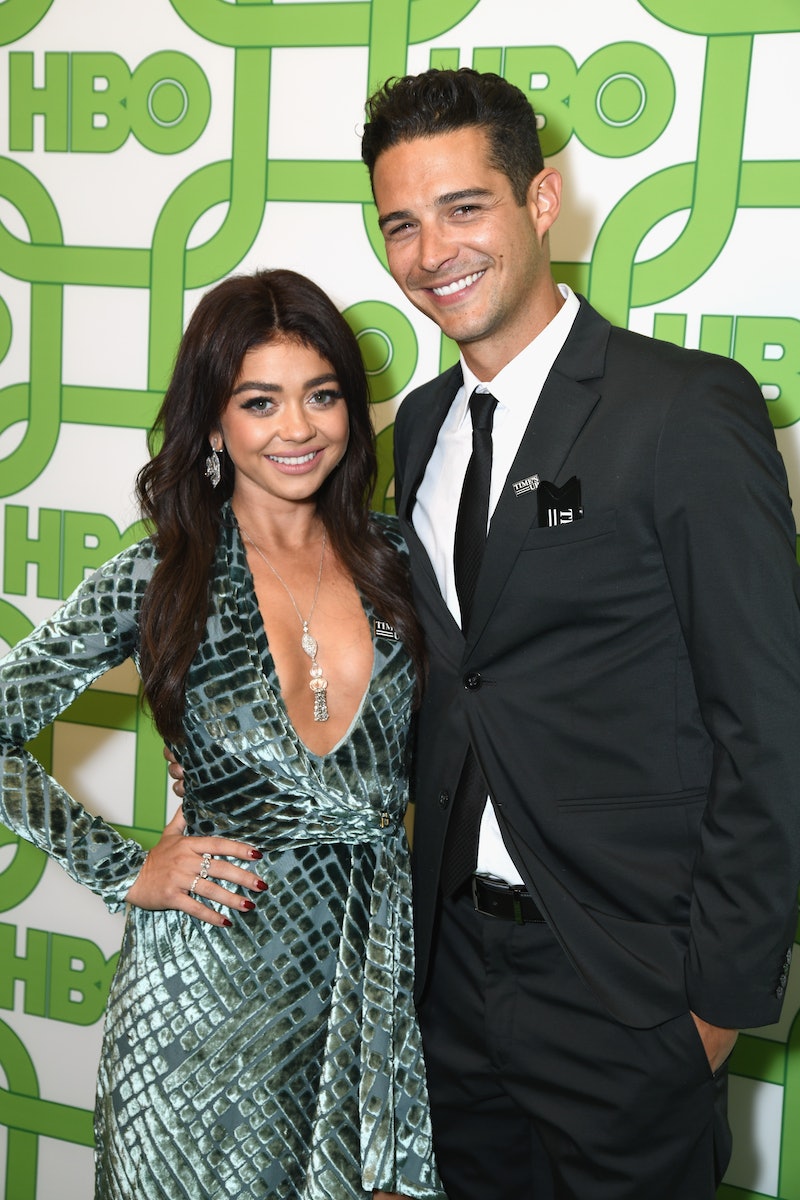 It's been well over a year since Sarah Hyland and Wells Adams started dating, but it seems like their relationship is stronger than ever — and according to the Modern Family star herself, it might be because of the unconventional way things started between them. In a new interview with People, Hyland said that her relationship with Adams started with a "trial by fire" — he got thrown into some pretty high-pressure, stressful situations with her right from the get-go and didn't even flinch.

Hyland has been open about her struggle with kidney dysplasia and the two kidney transplants she's had to undergo because of her condition, with the second one being performed when she and Adams first started dating (just three days before they met in person for the first time, in fact). Because of that, Hyland said that Adams was introduced to what her life was like very quickly.

“It definitely set a tone of: this is my life. If you can handle the fire, great. If you can’t, goodbye,” she told the magazine.

But being that she and Adams are still together more than a year later, it seems like it was something he absolutely could handle, because they seem happier than ever.

Hyland also opened up about how their earliest dates were both pretty intense situations for Adams to be thrown into at the beginning of a relationship — a pre-Emmys party and caring for Hyland as she recovered from her kidney transplant.

“We kind of did a trial by fire. Our very first date was the night before the Emmy party. I just threw him in a room of really big people and he handled it like a champ. Then another trial by fire, like, ‘Hey, I just had a lifesaving surgery, will you fly to L.A. and come over and hang out at my house and make me tacos? Thanks.’"

While most first dates don't come with quite that much pressure, it's not like Adams is a stranger to unusual dating situations. After all, he has been on The Bachelorette and Bachelor in Paradise, which might have prepared him for being put on the spot in that way. And showing up for Hyland when she needed him most seems to have really cemented their relationship so early on, and the rest is history.

Since then, there has been plenty of love to go around — especially on social media. On Valentine's Day, Hyland shared her appreciation for Adams on Instagram, writing, "With you I feel like I’m on top of the world & I’ll always catch you if you fall... no matter how high we climb. I love you to Pluto & back @wellsadams. I am so grateful and appreciative of everything you do for me."

So far, Hyland and Adams seem to be killing it in the relationship department, and maybe it's because they turned it up to 11 as soon as they started seeing each other. Their couple-y Instagram posts have been adorable from day one, and it will definitely be interesting to see where the future leads them from here.