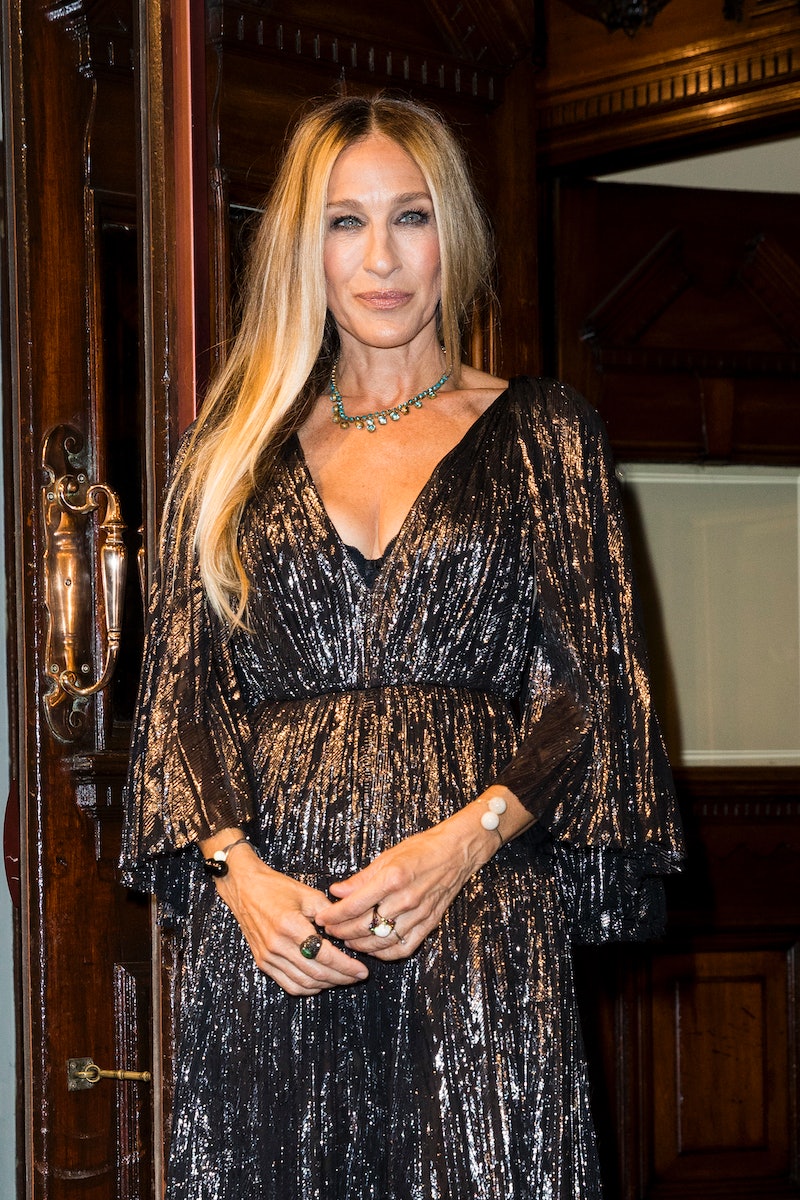 The #MeToo movement has led to a more open discussion of sexual assault and misconduct in the entertainment industry, and now, Sarah Jessica Parker has opened up about her own experiences within the conversation. Parker reported a male co-star's inappropriate behavior to her agent, following actions that were not only flawed, but according to the actor "weren't living up to contractual obligations as well," per The Hollywood Reporter.

Parker shared her account in a July 3 interview with NPR's Fresh Air. She said, at first, she didn't feel like it was her place to detail the unsavory behavior she had witnessed during filming. "I think no matter how evolved or how modern I thought I was, I didn't feel entirely in a position — no matter what my role was on set — I didn't feel as powerful as the man who was behaving inappropriately," she said. "Which strikes me as just stunning to say out loud, because there were plenty of occasions where it was happening and I was in a different position and I was as powerful. I had every right to say, 'This is inappropriate.' I could have felt safe in going to a superior."

In fact, the Sex and the City star said she did eventually turn to her agent for support, "because I felt I was no longer able to convey how uncomfortable this was making me, how inappropriate it was," Parker continued. "Within hours everything had changed. He said to them, 'If this continues, I have sent her a ticket, a one-way ticket out of this city,' where I was shooting, 'and she will not be returning.'"

The designer recalled that while some tension remained on set, she felt "safe and better" after confiding in her agent. "I didn't have to listen to jokes about me or my figure or what people thought they could talk me into doing," Parker told NPR. "All these men. That stopped. The nature of the person who I felt was really the instigator, this was a grown man, a very big movie star and, you know, he was baked, meaning his personality, it was cooked. He was a formed person and that wasn't going to change. But I felt certainly better and safer, like I could finish what I had agreed to do."

Parker, who is currently starring on Season 3 of the HBO series Divorce, also said she began reflecting on her time in Hollywood through a different lens six or eight months prior:

"I started recognizing countless experiences of men behaving poorly, inappropriately, and all the ways that I had made it possible to keep coming to work or to remain on set, or to simply just push it down, push it away, find a little space for it and move on."

In the end, Parker shared with the outlet that she didn't let some of her co-star's actions define her own career. "To be honest, I don't know why I either wasn't courageous or more destroyed by some of the things that I was privy to, that I was on the receiving end of," she recalled.

It's been a period of reckoning for people who abuse power, in the eyes of women in the film industry and beyond. Parker sharing her story is another powerful example of a woman who used her voice to impact change.

More like this
Twitter Is Identifying With Sally Field & Jane Fonda’s Friendship In New Viral Video
By Jake Viswanath
24 History-Making Black Women You Probably Didn't Learn About In School
By Ayana Lage and JR Thorpe
25 Inspiring Quotes From Black Women To Celebrate Black History Month
By Kyli Rodriguez-Cayro and JR Thorpe
Who Is "Daddy" Pedro Pascal Dating? People Are Thirsting Over The 'Last Of Us' Star
By Alyssa Lapid
Get Even More From Bustle — Sign Up For The Newsletter
From hair trends to relationship advice, our daily newsletter has everything you need to sound like a person who’s on TikTok, even if you aren’t.