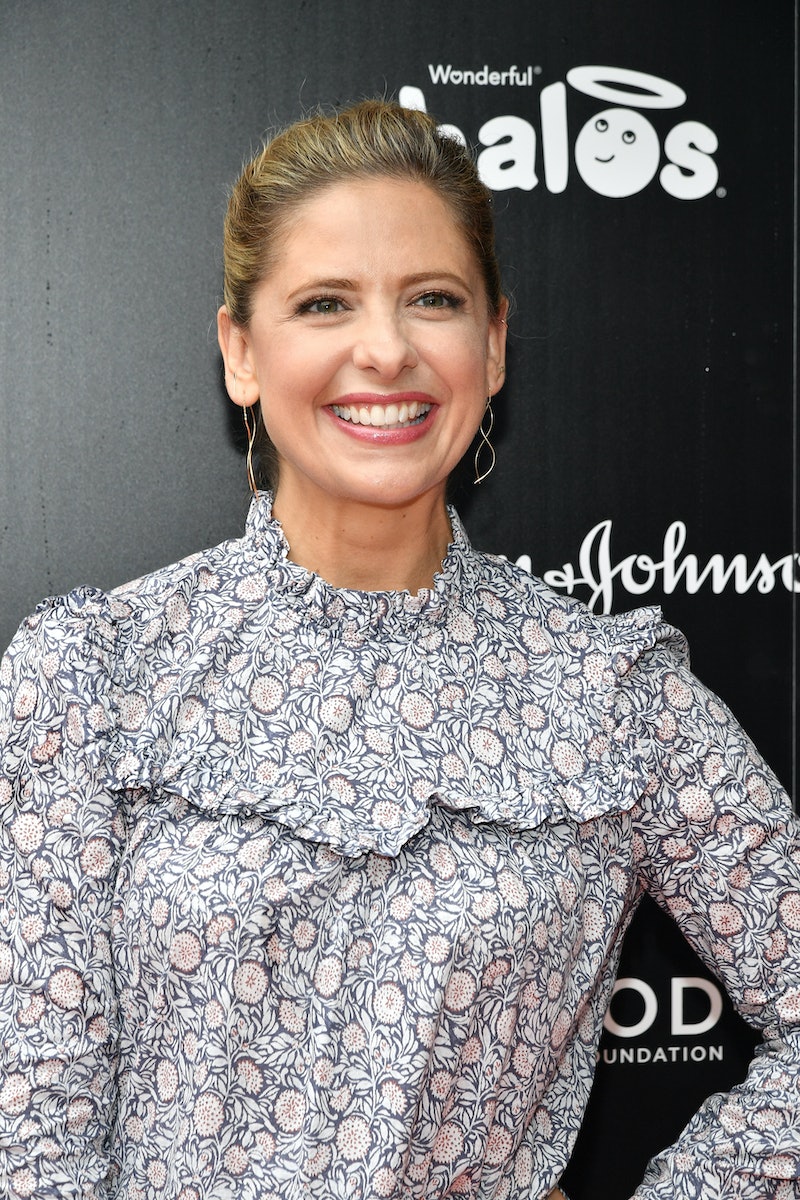 When it comes to iconic TV episodes, Buffy the Vampire Slayer was no slouch. Mention "Hush," "Once More With Feeling," "Restless," or the two-parter "Surprise" and "Innocence" to fans, and their eyes will immediately light up with recognition. According to Entertainment Weekly, there's one iconic episode of Buffy that even Sarah Michelle Gellar can't watch though, and the former slayer has a good reason. That episode is "The Body," the episode where Buffy and Dawn's mother Joyce dies suddenly of a brain aneurysm.

"The Body" is an artistic achievement on every level. Series creator Joss Whedon made the decision to keep the entire episode, besides the credits, music free. It is an hour-long examination of the reality of grief in a show that often trafficked in metaphors. And from the moment Buffy frantically tries to wake her mother it refuses to let the viewer escape the weight of her pain. There is no denying it is one of the finest hours of TV ever produced, but it's not surprising Gellar can't revisit the episode.

As an only child, Gellar has a special relationship with her mother, and in her interview with EW, she admits she tried to talk Whedon out of killing off Joyce. Season 5 of Buffy was all about the slayer being forced to grow up even faster than she already had, and losing her mother was one more step in that process. Still, Gellar, like so many people, knows how important a parental bond can be, even — especially — during adulthood. Gellar explained,

"'The Body' was exhausting, and I'm so proud of it, but I can't watch it. It's too hard for me. I'm an only child. It's just me and my mom. That was just a hard concept to grasp."

As painful as the episode is, "The Body" is also a vital part of Buffy's story, and an episode that resonated with many of the show's fans. In the same interview, Kristine Sutherland, who played Joyce, revealed when she is approached by fans it is usually to discuss the impact "The Body" had on them. "There's so many people all over the world who lost a parent and weren’t able to process, and it helped them. And that's amazing," Sutherland said.

The episode was personal for Whedon as well. Losing his mother in a car crash at the age of 27 left its mark on him as a storyteller, and in "The Body" he was able to tap into those first moments of grief you experience after losing someone, and show fans in similar situations they weren't alone in not knowing how to react or express their pain over losing a loved one.

I think many fans are right there with Gellar when it comes to avoiding reliving Joyce's death. The rawness and the pain infused into every scene is all too real, especially for those with a close relationship with a parent or guardian. That doesn't diminish the power of the episode or its legacy though.

"The Body" hurts, but it's supposed to, and while it may never be a go-to episode for fans the way some of Buffy's other standout episodes are, you only have to see it once for the hour to leave its mark.

More like this
David Schwimmer Doesn't Remember This Classic 'Friends' Episode
By Sam Ramsden
The 'Hocus Pocus' Sequel Finally Has A Release Date & It Makes Total Sense
By Shannon Barbour and Radhika Menon
Hayden Panettiere Will Return For 'Scream 6': "We F*cking Won, Scream Fam"
By Jack Irvin and Jake Viswanath
Penn Badgley & Leighton Meester Met On A Horror Movie Set Before 'Gossip Girl'
By Jake Viswanath
Get Even More From Bustle — Sign Up For The Newsletter