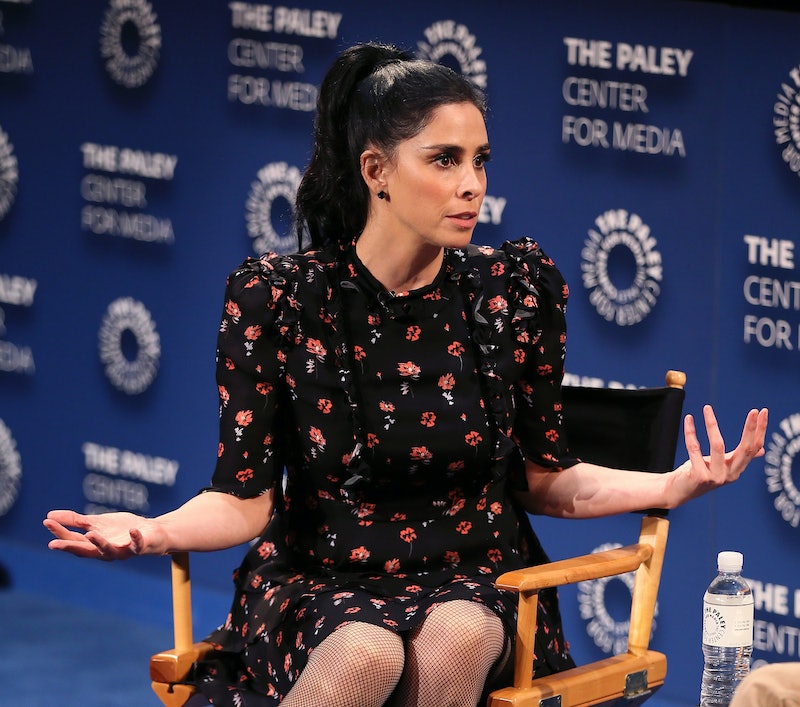 Sarah Silverman has never been afraid to speak out on difficult subjects, but during a recent episode of Howard Stern’s SiriusXM radio show this week, the conversation quickly turned to her longstanding friendship with Louis C.K.. In Sarah Silverman's latest comments about Louis C.K., she claimed that C.K. used to masturbate in front of her with her consent, and her comments quickly received backlash from one of his accusers, Rebecca Corry. Louis C.K. was accused of sexual misconduct by multiple women including Corry in November of 2017 when The New York Times published a report featuring allegations from five women that C.K. had masturbated in front of them without their consent. (C.K. admitted that the stories were true and released a statement about his wrongdoing shortly thereafter.)

Silverman, a longtime friend of the now disgraced comedian, recently recounted the details of her own experience with C.K. to Stern during their chat, as reported by Variety. She stated that she was not trying to make excuses for her friend, but doesn't consider the encounters between the two of them during that time as assault or harassment given the fact that he didn't hold any professional power over her and asked for consent. "When we were kids, and he asked if he could masturbate in front of me, sometimes I’d go, 'F*ck yeah I want to see that!'" Silverman explained during the interview. "It’s not analogous to the other women that are talking about what he did to them. He could offer me nothing. We were only just friends. So sometimes, yeah, I wanted to see it, it was amazing. Sometimes I would say, 'F*cking no, gross,' and we got pizza."

Silverman went on to say that while C.K.'s actions towards her don't excuse his behavior toward his accusers, it was a habit he'd developed early on that was made more problematic as he became older and more powerful. "I’m not saying what he did was OK. I’m just saying at a certain point, when he became influential, not even famous, but influential in the world of comedy, it changes," Silverman explained. "He felt like he was the same person, but the dynamic was different and it was not OK."

However, not everyone agreed with Silverman's comments, which is why, shortly after the interview with Stern occurred, Corry took to Twitter with a few remarks of her own. “To be real clear, CK had 'nothing to offer me' as I too was his equal on the set the day he decided to sexually harrass me," she tweeted. "He took away a day I worked years for and still has no remorse. He’s a predator who victimized women for decades and lied about it.”

Silverman quickly apologized to Corry for her comments and tried to clarify what she had meant to say, tweeting:

"Rebecca I’m sorry. Ugh this is why I don’t like weighing in. I can’t seem to do press 4 my show w/out being asked about it. But you’re right- you were equals and he fucked with you and it’s not ok. I’m sorry, friend. You are so talented and so kind."

Corry then followed that up, with another tweet of her own:

“Thank you. I know exactly how you feel. I can’t seem to live my life without getting rape & death threats, harassed & called a c*nt regularly for simply telling the truth. I’m sorry your friend created this situation. We deserve to do our art without having to deal with this sh*t.”

Silverman's comments may have been well intentioned and she's certainly not to blame for C.K.'s actions. However, it seems to undermine what these women went through when C.K. admittedly violated them, not to mention the online abuse that many of the women have been forced to deal with since the allegations went public. Hopefully, Corry and Silverman's public interaction will help create a better dialogue about sexual harassment and how it is viewed, so that apologies like this won't need to take place in the future.